Nearly 30 million under lockdown in China as virus surges 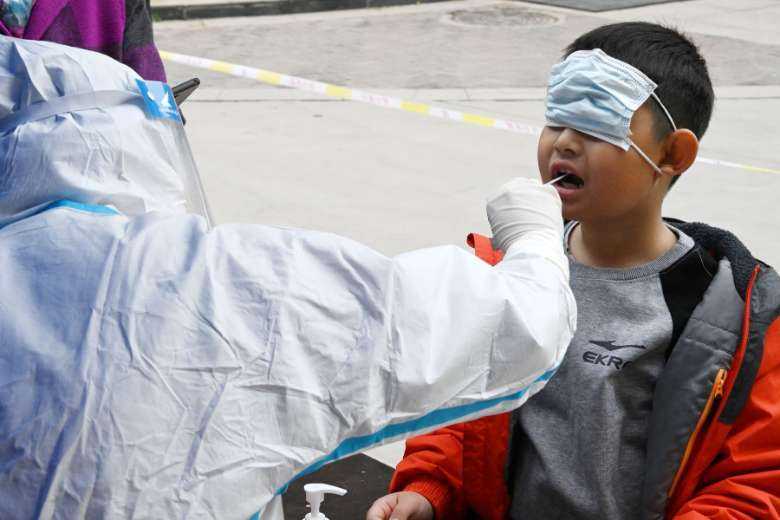 Nearly 30 million people were under lockdown across China today as surging coronavirus cases prompted the return of mass tests and hazmat-suited health officials to city streets on a scale not seen since the start of the pandemic.

China reported 5,280 new Covid-19 cases, more than double the previous day's tally, as the highly transmissible Omicron variant spreads across a country that has tethered tightly to a "zero-Covid" strategy.

That approach, which pivots on hard localized lockdowns and has left China virtually cut off from the outside world for two years, appears to be on the line as Omicron finds its way into communities.

At least 13 cities nationwide were fully locked down today, while several other cities had partial lockdowns.

The northeastern province of Jilin was the worst hit with over 3,000 new cases, according to the National Health Commission.

Residents of several cities there including the provincial capital of Changchun, home to 9 million people, are under stay-at-home orders.

"I panicked when the health officials called ... I was afraid they would take us to a quarantine hotel. But this time they are letting people isolate at home. That's a huge relief"

Shenzhen, the southern tech hub of 17.5 million people, is three days into a lockdown with many factories closed and supermarket shelves emptying, while China's largest city Shanghai is under a lattice of restrictions that fall short of a citywide shutdown.

Scenes of closed neighborhoods, panic buying and police cordons cast back to the early phase of the pandemic, which first emerged in China in late 2019 but has eased in much of the rest of the world.

As lockdowns edge closer to Beijing, public venues have tightened their scrutiny of the ubiquitous health QR codes.

From a 21-day home quarantine with her mother and three-year-old child, project manager Mary Yue said she was forced to isolate after virus cases were linked to a playground they had visited.

"I panicked when the health officials called ... I was afraid they would take us to a quarantine hotel," the 34-year-old told AFP. "But this time they are letting people isolate at home. That's a huge relief."

Other city residents expressed exasperation as the pandemic grinds on in China, while much of the world tries to return to normal.

"The control measures were doing pretty well before," Beijinger Yan told AFP. "And now it starts again. When will it ever end?"

Today was the sixth day in a row that more than 1,000 new cases were recorded in the world's second-biggest economy. Experts forecast a dent to growth as the virus billows out.

"Renewed restrictions, notably the lockdown in Shenzhen, will weigh on consumption and cause supply disruptions in the near term," Tommy Wu of Oxford Economics said in a briefing note.

He added that it will be "challenging" for China to meet its official GDP growth target for the year of around 5.5 percent.

"The partial containment of wealthy provinces in southern and eastern China is worrying because they account for half of the country's GDP and population," Raymond Yeung, an analyst at ANZ bank, said in a research note.

An outbreak at Volkswagen Group factories in the Jilin city of Changchun also prompted three sites to shut yesterday for at least three days, according to a spokesman.

Top Chinese medical expert Zhang Wenhong has raised the prospect of softening the zero-Covid strategy in the face of the Omicron variant. But he warned any relaxation of mass testing and lockdowns was impossible in the short term.

Health officials have also said tighter restrictions could be on the way.

MAMOUN ALSABOUNI
Its big problem to continue in curfew due to corona virus in China & other countries in the world.
Reply