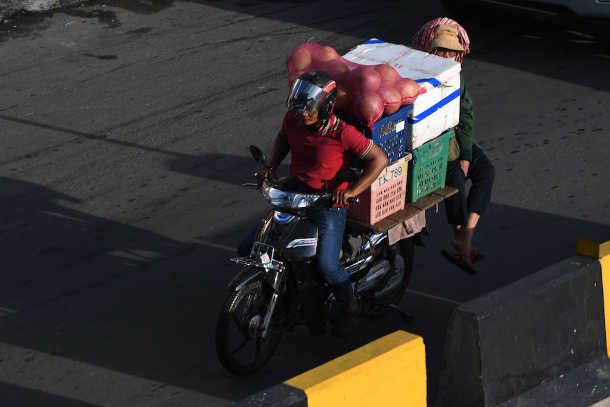 A man rides his motorcycle loaded with goods as a woman sits on the back in Phnom Penh on Aug. 17. (Photo: AFP)

Cambodia’s Health Ministry is concerned about six Chinese nationals who tested positive for Covid-19 but are now unaccounted for after their embassy in Phnom Penh questioned the results, medical sources said.

After the initial tests were conducted around July 25 following their arrival in Phnom Penh, a Chinese embassy official urged the ministry not to include the results in its daily reports which are made public through government-backed news outlets.

Sources said the six were then retested and all the results turned out negative, which one medical practitioner described “as a result that would be almost impossible to obtain.”

They were then released from quarantine but their whereabouts are unknown.

Cambodia has confirmed only 273 Covid-19 cases. Almost all arrived from overseas on flights or a cruise ship. None have died and 229 have recovered.

Phnom Penh has been applauded for its handling of the crisis. Land borders with Vietnam, Laos and Thailand remain closed and flights from Indonesia, Malaysia and the Philippines have been suspended following a spike in cases among arrivals.

Passengers are required to deposit US$2,000 on arrival to cover any potential costs. They are also required to present a medical certificate written within 72 hours of arrival stating they are Covid-19 free and have medical insurance worth $50,000 that covers the coronavirus.

All arrivals must self-quarantine for 14 days. If one passenger tests positive on arrival, then all passengers must spend their next two weeks under a government-controlled quarantine.

China is by far the biggest investor in Cambodia.

“Unlike all other known positive cases, the results for these Chinese were never reported publicly by the Health Ministry or in the local press,” one source said.

He said nearly all Chinese nationals are tested separately from all other travelers on arrival in Phnom Penh.

Their samples were then sent to the National Institute of Public Health (NIPH), a government-run laboratory, for testing rather than the independent, French-run Institute Pasteur, which tests all other Covid samples.

“Chinese nationals almost always quarantine in Chinese-only hotels. Sometimes — with the help of local partners — Chinese travelers are exempted from paying the required $2,000 deposit to cover medical and quarantine expenses and having $50,000 in health insurance,” the source said.

Other observers have questioned the role of the in-country leadership of the World Health Organization (WHO), headed by a Chinese physician who is in a position to be generally aware of all cases that test positive in Cambodia.

WHO representative Dr. Li Ailan arrived in Cambodia in July 2019 and is a former program officer with the Chinese Health Ministry. She apparently maintains close relations with the Chinese embassy in Phnom Penh. She often defends Cambodia’s response to the global pandemic.

“They were tested and then retested by technicians from the same government-run lab, the NIPH. The NIPH subsequently sent Institute Pasteur its test results for verification but refused to provide any additional details.” 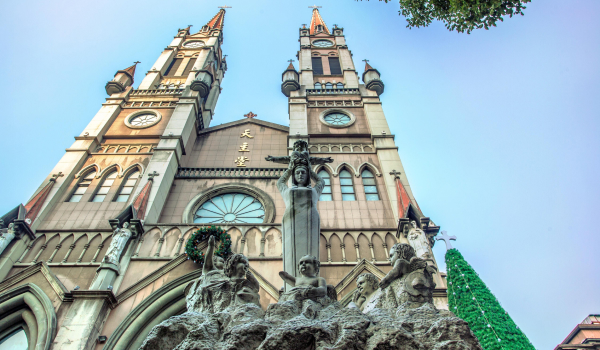