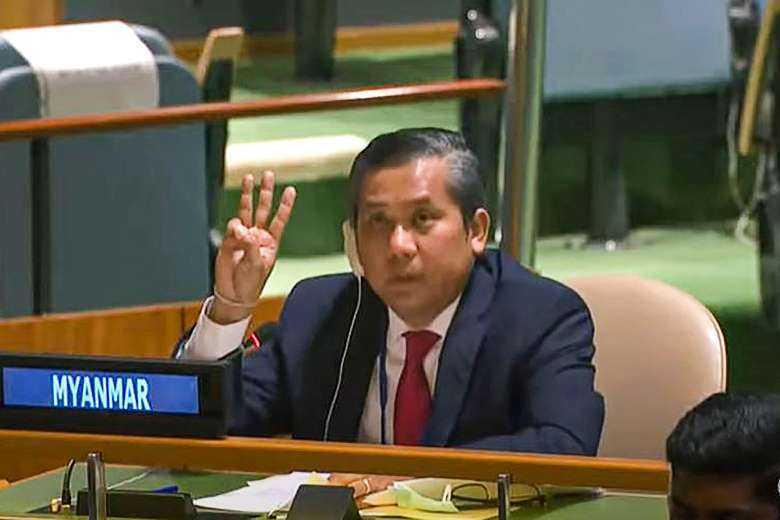 A citizen of Myanmar on Friday pleaded guilty in a plot to attack or kill the country's pro-democracy UN ambassador, who has refused junta orders to quit, US officials said.

In August, Ye Hein Zaw, a resident of New York in his early twenties, conspired with two others to force Ambassador Kyaw Moe Tun to resign or, if he refused, to kill him, according to prosecutors.

Zaw agreed to pay $5,000 for the attack, which was foiled by US investigators.

Zaw admitted in court that he "participated in a plot to injure or kill Myanmar’s ambassador to the United Nations in a planned attack that was to take place on American soil," US Attorney Damian Williams said in a statement.

"I commend the tireless efforts of our law enforcement partners at all levels of government to ensure the safety of foreign diplomats and officials in the United States and bring the perpetrators of this plot to justice," Williams added.

Zaw is due to be sentenced in May. He faces up to five years in prison.

It remained unclear what, if any, connection the suspect had with the military junta, which on Feb. 1 overthrew the elected government of Aung San Suu Kyi in the country earlier known as Burma.

Ambassador Tun, chosen by the now jailed Suu Kyi, has remained in office since the coup, asking that the UN let him keep his post.