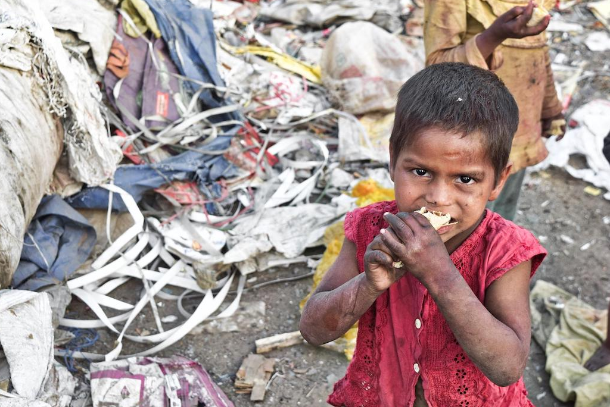 More than one in five children under the age of five worldwide are stunted because of malnutrition. (Photo: Food for Life)

While religious leaders play a vital part in conveying messages of peace, solidarity and harmony, a prominent Catholic leader in Myanmar has used that important role to decry the hunger and food crisis in the wake of the Covid-19 pandemic.

Cardinal Charles Bo of Yangon, who advocates for peace, minority rights and economic justice, has labeled hunger “the more lethal virus” as “starvation is the new virus and hunger is a permanent pandemic during Covid.”

He said 821 million people around the world do not have sufficient food needed to live an active, healthy life. One in every nine people goes to bed hungry each night.

He cited Oxfam’s estimate that hunger will affect more than 122 million people. At least 12,000 people will die of hunger every day if the contagion continues, while the virus kills some 6,000 to 9,000 every day.

During a homily on Aug. 2, Cardinal Bo raised his concerns about hunger and the impact of Covid-19 on the poor. He said the lockdown has closed livelihood opportunities for the poor, daily wage earners and farmers.

“There cannot be a lockdown for hunger. The human stomach never has a lockdown. The stomach is the most dangerous organ in the body. Starvation can make people slaves and lose all their dignity,” he said.

The 72-year-old cardinal said poverty kills nearly 20,000 children every day in poor countries. A rough estimate of death by hunger caused by poverty and the coronavirus would result in at least 10 million deaths a year — more than Covid-related deaths.

“This is a silent hunger genocide as dreadful as world war victim numbers. Not a food shortage but a shortage of justice,” he said, adding that greed has taken over humanity and millions are exploited and thousands die of starvation every day. The United Nations said the Covid-19 pandemic is a health and human crisis threatening the food security and nutrition of millions of people around the world.

The global body warned hundreds of millions were already suffering from hunger and malnutrition before the virus hit and, unless immediate action is taken, there could be a global food emergency.

A UN policy brief about the impact of Covid-19 on Southeast Asia released in July said about 61 million people in Southeast Asia are undernourished and this number may increase following the Covid-19 pandemic.

More than 820 million people were already identified as chronically food insecure prior to the onset of the pandemic.

The report said the number of children under the age of five who are stunted now stands at 144 million. That is more than one in five children worldwide.

The number of children classified as wasting stands at 47 million. These numbers could grow rapidly. As of late May, 368 million children were missing out on daily school meals on which they depend.

Near real-time household food security monitoring and model-based estimates suggest that deteriorating employment conditions and other factors may have pushed as many as 45 million people into acute food insecurity since February, the majority (33 million) in South and Southeast Asia, according to the UN.

“As in other parts of the world, the health, economic and political impact of Covid-19 has been significant across Southeast Asia, hitting the most vulnerable the hardest,” he said in a video accompanying the launching of the UN's latest policy briefing on the crisis on July 30.

The UN chief commended governments for acting swiftly to tackle the pandemic while the disease arrived in Southeast Asia earlier than in the rest of the globe. “Containment measures have spared Southeast Asia the degree of suffering and upheaval seen elsewhere,” Guterres said.

The latest data shows that 693, 694 people have died out of more than 18 million confirmed cases worldwide.