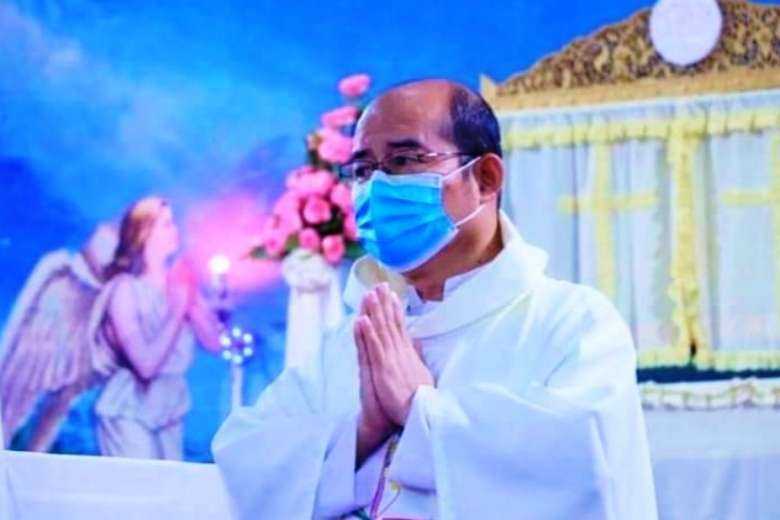 The Catholic Church in Myanmar has received a new bishop, seen as a blessing for the conflict-torn nation that has been in turmoil ever since the military coup a year ago.

Pope Francis has appointed Monsignor Maurice Nyunt Wai from Pathein Diocese as coadjutor bishop of Mawlamyine Diocese in the southern region. The official announcement of the appointment was made on Feb. 22.

The 60-year-old priest currently serves as the parish priest of Sacred Heart Church, dean of the pastoral area of Myaungmya and secretary of the Episcopal Commission for Theological Concerns.

Pathein Diocese announced that priests, religious and laypeople have welcomed the new bishop and pray he can carry out the Church’s mission in good health amid challenges.

“Dear Bishop-elect Nyunt Wai, we pray you can lead and guide the sheep according to the will of God,” said the Good Shepherd Sisters in Myanmar.

Bishop-elect Nyunt Wai was born in the village of Myaungmya, Pathein Diocese, on Jan. 23, 1962.

He studied philosophy and theology at St. Joseph National Major Seminary in Yangon and obtained a bachelor's degree in arts and science at the University of Yangon. He did higher studies at the Accademia Alfonsiana in Rome, obtaining a doctorate in moral theology. He was ordained a priest on March 11, 1989.

After his ordination, he served several roles — assistant priest in Myaungmya Parish, professor at the major seminary in Pyin-Oo-Lwin, parish priest in Pathein, rector of the minor seminary in Mayangchaung, vicar general and parish priest of St. Peter’s Cathedral in Pathein and executive secretary of the Catholic Bishops' Conference of Myanmar.

Some 27 priests serve the Catholic community in Mawlamyine Diocese, according to the 2020 Catholic directory.

The diocese that covers Mon states and the Tanintharyi region has not been severely affected by the ongoing conflict unlike Loikaw, Pekhon, Hakha and Kalay dioceses, where thousands of Catholics have been displaced.

UN rights expert Tom Andrews has called for the convening of an emergency Security Council session to debate and vote on a resolution to ban at least the arms transfers that the Myanmar military is known to use to attack and kill civilians.

In a report submitted to the UN Human Rights Council on Feb. 22, he identified two permanent members of the Security Council, China and Russia, that have supplied weapons used against civilians since Myanmar’s coup last February.

“It should be incontrovertible that weapons used to kill civilians should no longer be transferred to Myanmar. These transfers truly shock the conscience,” Andrews said.

He also calls for coordinated action by member states to cut the junta’s access to revenue, just as the people of Myanmar are doing through widespread boycotts of goods linked to the military.

“If the revenues necessary to maintain such a military are reduced, the junta’s capacity to assault and terrorize the people of Myanmar will diminish,” Andrews said.

Nearly 1,600 people have been killed and more than 12,000 people arrested since the coup.