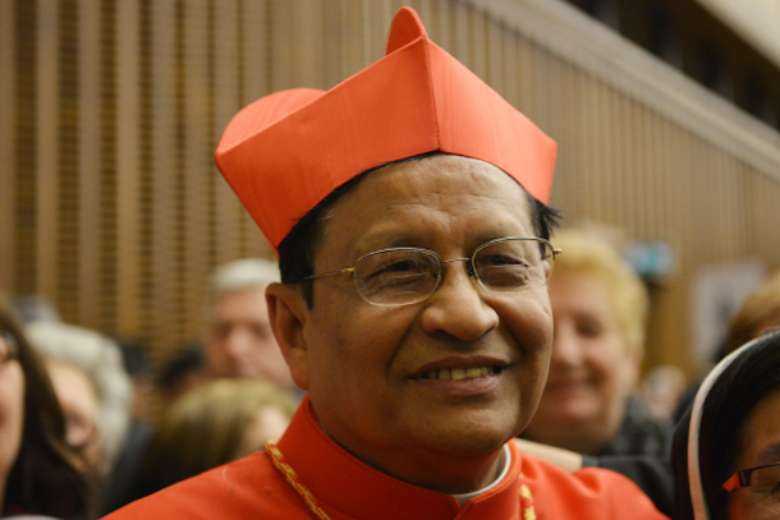 Cardinal Charles Bo of Myanmar has appealed to the international community to pay greater attention to solve the humanitarian crisis in Myanmar. (Photo: AFP)

Myanmar’s Catholic leader has pleaded with the international community to pay greater attention to end the political stalemate and ongoing violence in the Buddhist-majority country.

Cardinal Charles Bo of Yangon, president of the Catholic Bishops’ Conference of Myanmar, marked the first anniversary of the military coup on Feb. 1 by pleading with the military junta to end the violence by heeding peace calls.

One year after the coup, the conflict was becoming “more brutal, the atrocities are more shocking each day,” Cardinal Bo said in a message sent to Vatican agency Fides.

“There is a stalemate. Conflict broke our communities. Rebuilding trust and rebuilding our institutions will be a long arduous task,” said Cardinal Bo, also the president of the Federation of Asian Bishops’ Conferences (FABC).

Deadly violence has engulfed Myanmar since Feb. 1, 2021, when the military began to use war weapons to crack down on protests against the junta disposing the elected government of the National League for Democracy led by Aung San Suu Kyi.

The military’s attempt to suppress the opposition escalated the situation into a civil war with civilians forming People's Defense Forces to fight the military junta.

It is urgent to stop the fighting, cease the violence, allow humanitarian assistance to the displaced people

"The world can show greater attention to solving the issues of Myanmar. Of course, the world is distracted by the terrible events in Afghanistan, Ukraine and Ethiopia, but Myanmar is also torn apart and the economy is collapsing,” Cardinal Bo said.

"We appreciate that the international community, including China and Japan as well as ASEAN (Association of South East Asian Nations), has a role to play. The US is encouraging ASEAN to exercise a clear role. In this way ASEAN can also grow in solidarity among its members.”

ASEAN has refused to allow the junta to represent Myanmar in its gatherings and “has put minimal conditions for Myanmar participation as a member: stop the armed attacks, release all political prisoners, allow dialogue among stakeholders, provide urgent access for humanitarian assistance,” noted the cardinal.

Cardinal Bo said that a year ago, when the violence started, he "pleaded with the army not to inflict harm on the sons and daughters of this nation … I sought release of all political prisoners. I feared for the youth. Those messages remain till today.”

As a Salesian, he said, he has “special concern" for youth but he is “deeply concerned that this nation may lose its youth either to total frustration or hatred or desire for revenge.”

“It is urgent to stop the fighting, cease the violence, allow humanitarian assistance to the displaced people,” Cardinal Bo stressed.

"The churches have suffered greatly because many of the areas of ethnic minorities where much of the fighting is now have high numbers of Christian people. Churches have been hit by artillery and airstrikes.

“All kinds of people have suffered in this unfortunate tear-filled saga. Everybody is affected. Millions of people are hungry."

Thousands of people are unjustly imprisoned and they should be released immediately, he added. Several of them “were running the government a year ago. They are our people and they need to be released and involved in the reconciliation process,” he said.

Cardinal Bo faced criticism when he shared a cake with junta leader Min Aung Hlaing and posed for photos last December. But the cardinal said he was trying to the build peace, a mission of the Church in the world.

“My Christmas meeting was intended to fulfil that mandate. Everyone has a role to play in seeking peace, in praying for peace. Peace is the only way and the Church in Myanmar needs to work together with all other religious brothers and sisters in bringing peace,” he said.