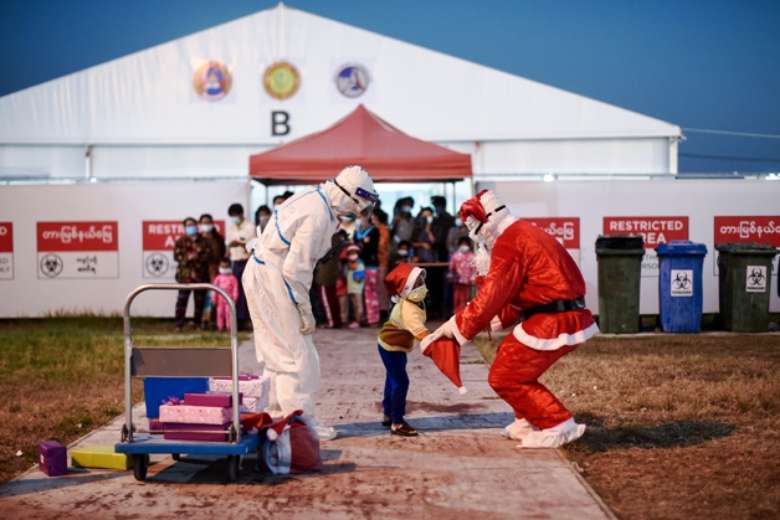 A health worker dressed as Santa Claus distributes gifts to children at the Ayeyarwady Covid Centre in Mandalay, Myanmar, on Dec. 25, 2020. (Photo: AFP)

Catholic communities in conflict-torn Myanmar have been urged to undertake charitable works for those suffering since the military coup in the Southeast Asian country.

Church leaders from Mandalay, Hakha, Kalay, Pyay, Pathein and Kengtung dioceses also told the faithful to lay emphasis on spiritual preparations by reading the Bible and saying the rosary instead of indulging in merrymaking and other celebrations.

The parishes have been advised to follow Covid-19 regulations while arranging Eucharistic celebrations on Christmas and New Year.

Bishop Lucius Hre Kung of Hakha Diocese that covers Chin state said many people are grieving, especially the thousands of people who had to flee their homes. “Let us welcome Jesus Christ by carrying out charitable works for the most in need,” he stressed.

Bishop Felix Lian Khen Thang of Kalay Diocese that covers part of Chin state and the Sagaing region urged the faithful to act as Good Samaritans during the festive season.

Christian-majority Chin state has been at the forefront of resistance to the military junta and has witnessed fierce retaliatory attacks including air strikes, heavy artillery and indiscriminate attacks on civilians. Hundreds have been arbitrarily detained and dozens killed.

Five churches and more than 450 houses in the deserted town of Thantlang in Chin have been burned down since Sept. 9

Dozens of churches including Catholic churches have been set on fire, vandalized and destroyed by soldiers while priests and pastors have also been targeted.

At least five Catholic churches in Loikaw Diocese in Kayah state have been attacked by the military while the cathedral in Pekhon Diocese in Shan state was shelled three times.

Five churches and more than 450 houses in the deserted town of Thantlang in Chin have been burned down since Sept. 9. More than 10,000 residents had already fled as junta troops targeted homes during indiscriminate shooting and shelling. 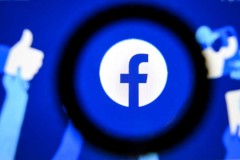 More than 1,300 people have been killed and at least 9,000 have been detained by the junta since the coup, according to a local monitoring group.