'My betrayer is at hand'

From the church to the individual, humanity is drowning in betrayal 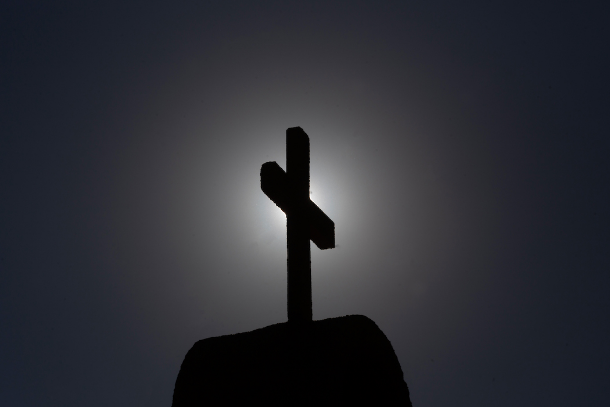 Picture of a cross taken in Punta de Tralca, west of Santiago, on July 30, as Chile's Episcopal Conference held an extraordinary meeting to analyze the roots of the sex-abuse crisis that the Chilean Catholic Church was experiencing. (Photo by Claudio Reyes/AFP)

Share this article :
In Gethsemane, Jesus said, "My betrayer is at hand." News of the Catholic Church these days reminds us that we live in a world in which betrayers are always at hand. Clergy and religious have betrayed children and adults, abusing those entrusted to their care. Bishops and superiors have betrayed us all by protecting those betrayers and providing them with new opportunities to carry out more abuse. Higher leaders in the church have betrayed their vocation by ignoring charges and dangers. That betrayal goes all the way up to a canonized saint, John Paul II, who even after Theodore McCarrick's betrayals were common knowledge, made him a cardinal and who over and over again presented a Mexican priest, Marcial Maciel Degollado, as "an efficacious guide to youth." Yet there was copious evidence at the Vatican that Maciel, founding leader of the Legionaries of Christ, was sexually abusing young men and women, including his own children born of his three "wives." That evidence was known to and believed by that pope's closest advisor, Cardinal Joseph Ratzinger, who upon becoming Pope Benedict XVI quickly moved against Maciel.
Related News Dark shadows over the church

In its institutional failure or refusal to deal with the abuse crisis until being coerced by civil laws, public exposure and the threat of bankruptcy, the Catholic Church has betrayed Christ and the world. We all know what betrayal is, the "violation of a person's trust or confidence, of a moral standard, etc." The special pain of being betrayed is in the fact that the violation is perpetrated by someone or some institution that we have trusted rather than by an adversary whom we considered unworthy of trust. In his poem Inferno, Dante makes the center of hell the place of punishment for Judas, Brutus and Cassius, the betrayers of Jesus and Julius Caesar. For the poet, betrayal is the deepest sin. And Dante is not the only one who thinks there should be a special place in hell for traitors. We have all experienced it. We have all perpetrated it. It is one of the most painful experiences we can have. Children are not the only ones who are betrayed by friends. Through neglect, abuse or simple inadequacy, parents betray their children. Adults are betrayed by spouses and lovers. Nations are betrayed by traitors or by undependable "allies." Voters are betrayed by corrupt politicians. Workers are betrayed by employers to whom they have devoted their time and talents only to see their wages and benefits cut and their jobs moved out from under them. In many cases, employers' betrayal puts workers in dangerous conditions at slave wages. Economic and political systems that should function for the common good promote injustice and inequality. It is not just "those others" who are traitors. Confession is a sacrament of the church because we all betray our baptismal mission to be Christ for the world. And we betray more than just our mission. Is there any one of us who can honestly say, "I have never betrayed someone"? I certainly cannot, and if you claim that you can, you have betrayed the truth. We even betray ourselves. I know I want to be and could be a better person than I am. I want to take better care of myself physically, emotionally, spiritually and morally. Yet, I do not. Life itself betrays us. Disease, injury and age whittle away at our vigor and abilities until life finally deserts us in death. At times, we even feel betrayed by God. In that, we are in good company. Jesus' cry from the cross, "My God, my God, why have you forsaken me?" is the cry of one who feels he has been betrayed. As betrayers and betrayed, humanity is drowning in betrayal. In his film version of Nikos Kazantzakis's novel The Last Temptation of Christ the director Martin Scorsese presents a powerful scene of betrayal. Scorsese shows Jesus walking away from the cross. It is the last temptation of Christ, the temptation to betray his vocation to remain faithful to the Father on our behalf to and through death. In the novel and film, as in fact, Jesus does not give in to the temptation to betray. He is the one who is faithful, the only one among us who is dependably faithful. The root of betrayal is fear, and our fears are rooted in the ultimately fearsome thing, death. In his refusal to betray even when betrayed by others and, seemingly, even by God, Jesus shatters the universal rule of betrayal. In doing so, he crushes the power of death that underlies it and makes a new life possible for all of us, a life without betrayal, without the fear of death that underlies it. Because Jesus refused the temptation of betrayal, he has opened the way for us to overcome death.   This article was first published 26. 9. 2018. Father William Grimm, MM, is the publisher of ucanews.com and is based in Tokyo.