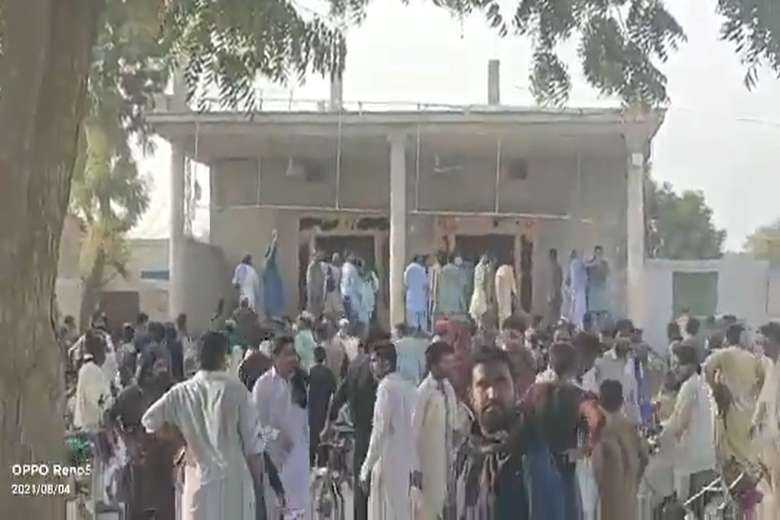 Pakistani Prime Minister Imran Khan's special representative on religious harmony has confirmed action will be taken against a Muslim mob who stormed a Hindu temple in Punjab province.

“Instructions have been issued from the office of the premier to the local and provincial administration. I am also in contact with them. Lawbreakers and rioters won’t be spared. It is a regrettable and condemnable incident. We shall soon share the actions,” Tahir Mehmood Ashrafi said in a video message shared with UCA News.

“The premier has clear vision and instructions that all citizens will live their life as facilitated by the law and constitution. It is the responsibility of the state and Muslims to protect our minorities, their lives and properties.”

Ashrafi referred to an Aug. 4 attack on a Ganesh temple in Bhong Sharif, Rahim Yar Khan district. Visuals posted on social media show locals, including children, pelting stones at statues and breaking furniture of the temple. Some chanted "Takbir," which refers to the phrase "Allahu akbar," Arabic for "God is great.” They also closed shops and blocked a motorway.

Last month a local cleric filed a blasphemy case under Section 295A against an unidentified person for desecrating a madrasa.

“I saw a kid peeing on the carpet of the library of the madrasa. He entered from a broken window. He escaped when I tried to catch him. He had touched the cupboard with filth,” stated Hafiz Muhammad Ibrahim, a deputy imam, in the first information report.

It is injustice to punish the whole nation for the act of an individual. This trend should stop

Rangers have been called to Bhong Sharif, where the Hindu community dwells in 80 houses around the attacked temple. According to Chaman Lal, chairman of the Samaj Sewa Foundation Pakistan, they were locked inside for several hours before the vandalism.

“The local Hindus are scared and planning to leave. The mistake of a child was made a religious issue. Some say a 9-year-old Hindu boy was released after paying 130,000 rupees [$800]. I request Muslims to patiently wait for the facts. If he is the culprit, present the proof,” he said.

“It is injustice to punish the whole nation for the act of an individual. This trend should stop. We urged the government to identify the vigilantes from the video and punish them to discourage these lawbreakers.”

Last December a mob attacked the shrine of a Hindu mystic in Teri, a hill settlement deep in Karak district of Khyber Pakhtunkhwa province.