In the latest mob attack in India, a 17-year-old Muslim boy in northern Uttar Pradesh state was allegedly set ablaze by a Hindu mob after he refused to chant a slogan hailing the Hindu faith's Lord Ram.

Mohd Khalid sustained 50 percent burns to his body when a group of Hindu fanatics allegedly kidnapped him overnight on July 28-29, setting him alight with kerosene for not chanting 'Jai Shri Ram.’

He succumbed to his injuries July 30, dying in a hospital in the city of Varanasi.

"Such an incident has terrified the peace-loving citizens of this country."

The bishop told ucanews.com that the government should ensure the culprits received the "maximum punishment" available under the law as a warning against the committing of such heinous acts.

The federal as well as Uttar Pradesh state government are run by the pro-Hindu Bharatiya Janata Party (BJP), which has been accused of tolerating crimes committed in the name of the Hinduism. This has included vigilante killings related to the protection of cows, regarded by orthodox Hindus as sacred.

There have been media reports of increased mob violence since the BJP came to power nationally in 2014, with targets often being Muslims, Christians, tribal people and socially poor Dalits, who were formerly known as "untouchables".

Nehemiah Cristie, a rights activist, said the attack on Khalid is part of a larger picture that reflects persecution of religious minorities in present-day India.

"What we are seeing now is not the real India," Cristie said. 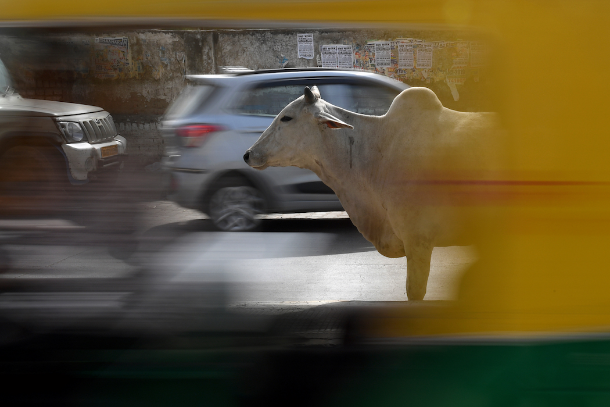 "This is something else … where a mob catches hold of anyone who is not a Hindu, lynches him and peevishly uploads the video of the incident with pride on social media.

"On the other hand, the government garlands those who perpetrate such acts."

He noted that the father of India's independence from British rule, Mahatma Gandhi, had advocated peace and non-violence.

He said despite worsening mob violence, the lack of a proper government response indicated a subtle approval that emboldens fanatics.

"It is high time that the government understands its responsibility to ensure safety for all — Hindus, Muslims, Christians and even atheists," the Christian activist said.

"My religious faith is no measure of my patriotism."

A. C. Michael, a Christian leader and development director at the Alliance Defending Freedom, told ucanews.com that the attack on Khalid was no different from what the Islamic State terrorist group did to victims in Iraq and Syria.

"The attitude is the same: If you don't adhere to our beliefs, you will be killed," he said.

He said mixing religion with what is supposed to be a secular state would violate fundamental Constitutional rights of equality and freedom for all.

Earlier this month, 49 prominent community figures in India wrote to Prime Minister Narendra Modi seeking his intervention to stop religiously motivated killings and the mis-use of pro-Lord Ram slogans during such attacks.