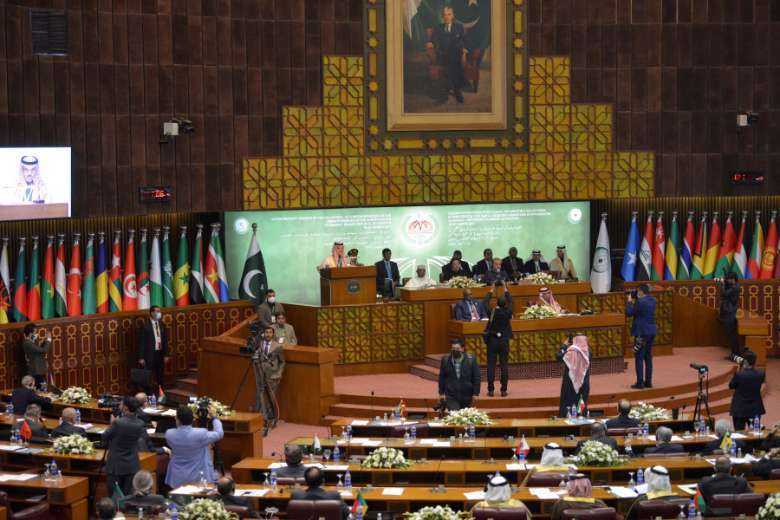 Muslim nations have resolved to work with the United Nations to try to unlock hundreds of millions of dollars in frozen Afghan assets in a bid to tackle a growing humanitarian crisis.

At a special meeting in Pakistan of the 57-member Organisation of Islamic Cooperation (OIC) on Dec. 19, delegates said they would work "to unlock the financial and banking channels to resume liquidity and flow of financial and humanitarian assistance".

The meeting was the biggest conference on Afghanistan since the US-backed government fell in August and the Taliban returned to power.

Since then, billions of dollars in aid and assets have been frozen by the international community, and the nation is in the middle of a bitter winter.

An OIC resolution released after the meeting said the Islamic Development Bank would lead the effort to free up assistance by the first quarter of next year.

It also urged Afghanistan's rulers to abide by "obligations under international human rights covenants, especially with regards to the rights of women, children, youth, elderly and people with special needs".

Earlier, Pakistan warned of "grave consequences" for the international community if Afghanistan's economic meltdown continued, and urged world leaders to find ways to engage with the Taliban to help prevent a humanitarian catastrophe.

Pakistan foreign minister Shah Mahmood Qureshi said the deepening crisis could bring mass hunger, a flood of refugees and a rise in extremism.

"We cannot ignore the danger of complete economic meltdown," he told the gathering, which also included Taliban foreign minister Amir Khan Muttaqi alongside delegates from the United States, China, Russia, the European Union and UN.

"I speak to the United States specifically that they must delink the Afghanistan government from the 40 million Afghan citizens," he said, "even if they have been in conflict with the Taliban for 20 years."

He also urged caution in linking recognition of the new government to Western ideals of human rights.

"Every country is different... every society's idea of human rights is different," he said.

The OIC also resolved Sunday to arrange for a team of international Muslim scholars to engage with the Taliban on issues "such as, but not limited to, tolerance and moderation in Islam, equal access to education and women’s rights in Islam".

No nation has yet formally recognised the Taliban government and diplomats face the delicate task of channelling aid to the stricken Afghan economy without propping up the hardline Islamists.

Although the Taliban have promised a lighter version of the hardline rule that characterised their first stint in power from 1996 to 2001, women are largely excluded from government employment, and secondary schools for girls have mostly remained shuttered.

Asked if the OIC had pressed the Taliban to be more inclusive on issues such as women's rights, Qureshi said "obviously they feel they are moving in that direction".

"They are saying 'let us decide in our own time'," he added.

The OIC meeting did not give the new Taliban government the formal international recognition it desperately craves and the new regime's foreign minister Amir Khan Muttaqi was excluded from the official photograph taken during the event.

Muttaqi told reporters, however, that his government "has the right to be officially recognised".

Pakistan, Saudi Arabia and the United Arab Emirates were the only three countries to recognise the previous Taliban government.

The 31-point OIC resolution was short on specifics and gave no figure for financial assistance.

"This mechanism has been devised, and pledges will now be made. Obviously, they are aware of the importance of time."

The meeting was held under tight security, with Islamabad on lockdown, ring-fenced with barbed wire barriers and shipping-container roadblocks where police and soldiers are standing guard.