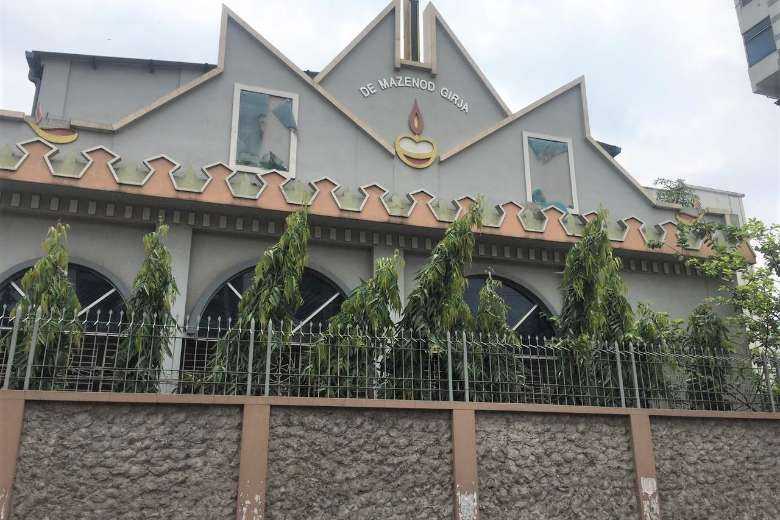 Police in Bangladesh’s capital Dhaka has arrested a Muslim man for throwing bricks at a Catholic church that damaged two pictures of the Virgin Mary and the church’s patron, St. Eugene De Mazenod.

The police arrested the Muslim youth from the spot, and he confessed to the police that he attacked the church with the intent of hurting religious sentiments (of Christians), Father Gomes told UCA News, condemning the attack and demanding justice.

“This incident was motivated and planned for a purpose which has dealt a severe blow to the religious sentiments of all Christians. We strongly condemn this incident and demand the government of Bangladesh to find out the masterminds of the incident and bring them to justice under the law,” Father Gomes stated.

The detainee is now in police custody while interrogation is ongoing to find out the motive behind the attack, said police officer Golam Mostafa, who dismissed the incident as “not a big issue.”

“We don't think it's a big deal. Maybe he wasn't allowed into the church and he did it out of anger. However, we are keeping him in our custody and interrogating him. If it is done with the intention of hurting religious feelings then there will definitely be a case,” the police officer Mostafa told UCA News.

The officer said he suspects the attacker might be “intoxicated.”

Catholics in Dhaka and elsewhere took to social media site Facebook to condemn the attack and call for justice.

Some went on to make sarcastic remarks that again the case might be brushed off as an act by a mentally imbalanced person, referring to another attack on a Catholic Church in northern Bangladesh last month.

Police arrested the youth while the local villagers said he as “mentally imbalanced” person.

Bangladesh has been long known as a moderate Muslim-majority country. However, since 2013 the country experience a sharp rise in Islamic militancy that claimed life of 50 people including liberal academics, publishers, gay rights activists, secular bloggers, foreigners and religious minorities including Hindus, Shias, Ahmadis and Christians.

The militants attacked Christian clergy including an Italian Catholic priest and two Christians were murdered, and dozens of Christians reportedly received death threats.

In response the government launched crackdown on militancy, leaving dozens of militants killed in raids and many leaders and members of extremist outfits were arrested and put on trial.

Christians make up less than one percent of more than 160 million people in Muslim-majority Bangladesh. Of estimated 600,000 Christians, Catholics are majority with some 400,000 members.