Musical celebrates saint who made China his home

Society of the Divine Word missionary St. Joseph Freinademetz believed 'love is the only language that everyone understands' 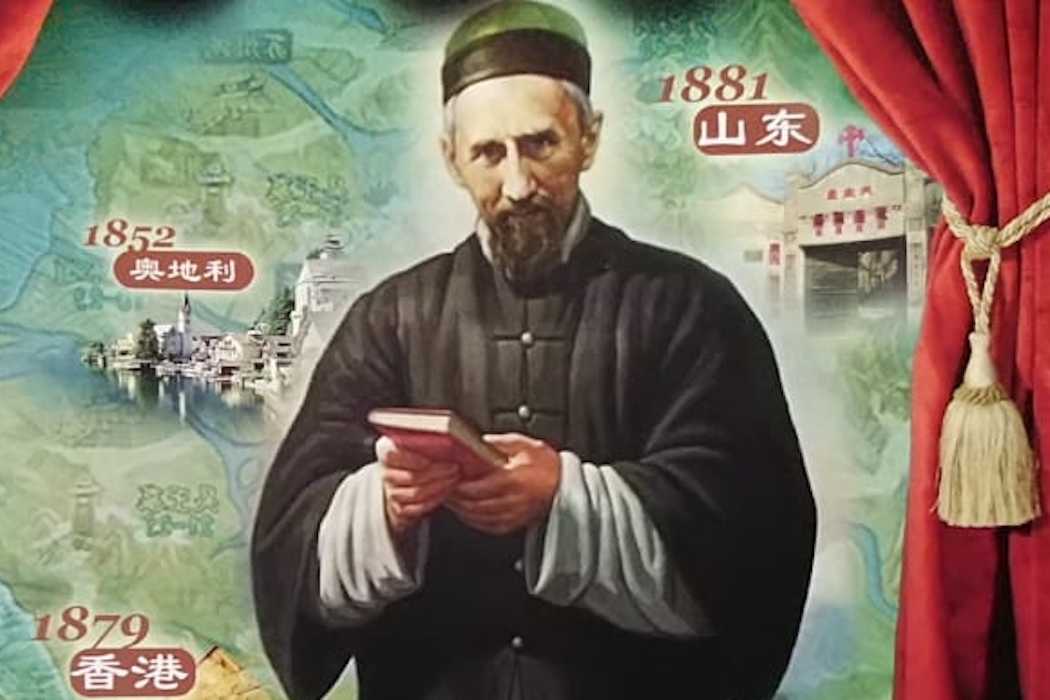 The cover of the program for the musical about St. Joseph Freinademetz, who integrated into Chinese society and culture. (ucanews.com photo)

The Society of the Divine Word has made a musical about St. Joseph Freinademetz to reflect the spirit of his mission in China.

The musical was staged in Putonghua at St. Margaret's Church of Happy Valley of Hong Kong in April. It will be performed this month in Cantonese at Sai Wan Ho Civic Centre.

Rev. Joseph Tan Lei Tao, the producer, told ucanews.com that the musical reflected the saint's fire and his primary conviction that "love is the only language that everyone understands."

St. Freinademetz was born in 1852 in Badia, then part of Austria but now in Italy, and was ordained in 1875. He was assigned to the community of San Martin de Tor, not far from his home.

During three years in San Martino, he always felt a calling to be a missionary, and in 1878, with the permission of his parents and his bishop, he moved to the Society of the Divine Word, where he received training as a missionary.

In 1879, he and friend Johann Baptist von Anzer boarded a ship to Hong Kong, where he arrived five weeks later.

Ngan Lai Nor, director and screenwriter of the musical, told ucanews.com that St. Freinademetz wrote a letter to his congregation in Europe describing those days on the ship as very lonely.

Rev. Tan said St. Freinademetz was based in Sai Kung until 1880 and set up a chapel on the island of Yim Tin Tsai in 1879.

"He learned Cantonese and Hakka dialects and dressed like a Chinese with a long beard and shaved his head with a braid behind," he said.

In 1881, he moved to Lunan Diocese of Shandong province in northeast China, where he was very active in the education of Chinese laymen and priests and wrote a catechism in Chinese. In his 27 years in Shandong, the number of Catholics increased to 40,000 and another 40,000 were prepared to be baptized.

In 1908, there was an outbreak of typhus, and he helped wherever he could until he himself became infected and died at the age of 56 in south Shandong, where he was buried.

Rev. Tan said: "Modern people have shied away from suffering, but Freinademetz was not afraid. He left his comfort zone, made many sacrifices and came to an unfamiliar country to preach. This missionary fire is out of love." 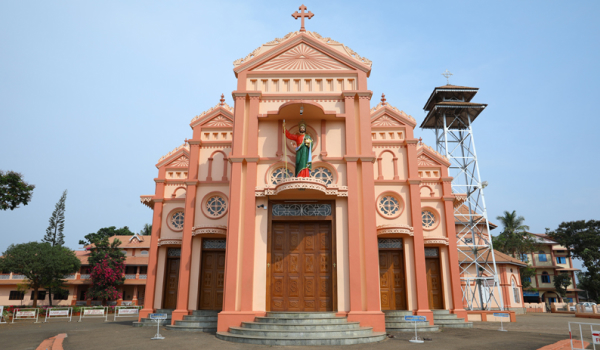