Pope Francis left the shop with a record of classical music, a gift presented by the owner's daughter 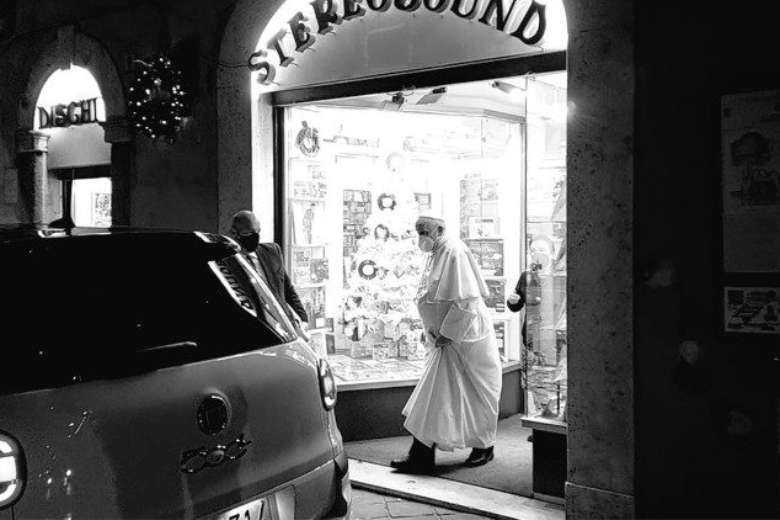 Pope Francis, a lover of classical music, made a surprise visit to a Rome record store to bless the premises -- and picked up some vinyl while he was there.

The 85-year-old pontiff slipped into Stereosound, located near the Pantheon, on Tuesday evening to bless the shop after its recent renovation, a Vatican source told AFP.

The owners of the store are longtime friends of the Argentine pontiff, who has previously spoken of the power of music and is said to enjoy classical composers but also tango.

He left with a 33 RPM record of classical music, a gift presented by the owner's daughter, according to Vatican News.

A small crowd gathered outside the shop while he was inside, for around 10 minutes, but he made no public comments as he got into a white Fiat 500L and was driven away.

Vatican News reported the owner, Letizia, saying that the pope was an "old customer" who had been going to the shop since he was made a cardinal, in 2001.

The pope is known for being unpredictable and living more simply than his predecessors, carrying his own briefcase and making his own phone calls.

In 2015, two years after being elected head of the world's 1.3 billion Catholics, he went to an opticians in central Rome to change his glasses.

The following year, he went to a shop to buy some new orthopaedic shoes.