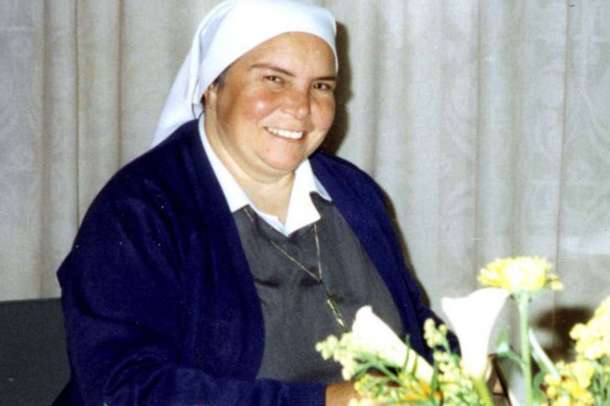 Sister Leonella Sgorbati was beatified on May 26, 2018, in Piacenza, Italy. (Photo supplied)

Sister Leonella Sgorbati was born on Dec. 9, 1940, in Gazzola near Piacenza in Italy. Starting from a young age, she aspired to become a nun of the Catholic Church.

On Nov. 22, 1965, then aged 25, she took her first vow as a nun with the Consolata Missionary Sisters. As a nun, her main concern was to educate aspiring medical nurses and to care for sick children and women.

Sister Sgorbati underwent a nursing course in England from 1966 to 1968. She left Europe in 1970 for her mission in Africa, where she worked as a nurse and a midwife in poor and rural areas of Kenya and Somalia.

In 2001, she spent several months in Mogadishu in Somalia looking at the potential for a new nursing school in the hospital that the SOS Children's Village managed. The Hermann Gmeiner School of Registered Community Nursing opened in 2002 with Sister Sgorbati in charge.

Sister Joan Agnes Matimu, a friend and colleague of the nun in Kenya, says that Sister Sgorbati always "put the lives of others first."

On Sept. 17, 2006, Sister Sgorbati was shot dead outside the Mogadishu hospital where she worked. The attack was believed to be in response to Pope Benedict XVI's speech that criticized Islam. The nun’s last words were: "I forgive, I forgive, I forgive."

Sister Sgorbati did not hold any grudge or hatred for the person who killed her. Instead, she conveyed the love and forgiveness of Jesus Christ to her killer.

Her beatification received approval from Pope Francis in November 2017 and she was beatified on May 26, 2018, in Piacenza.

Sister Sgorbati's dedication as a nurse is very relevant during the Covid-19 pandemic. She never hesitated to help people who needed her, especially those who were sick or lacking resources. Philippine diocese goes on a mission in Kenya

With the pandemic, many people have lost their jobs or fallen ill. Like Sister Sgorbati, we must feel empathetic and take part in helping those in need by donating or volunteering.

We should have more respect for healthcare workers like Sister Sgorbati who have dedicated their lives for our health.

We must pay more attention to regulations such as wearing a mask in public, staying at home and washing our hands so that we can ease the work of healthcare staff and slow down the pandemic.

Day by day, although the conditions seem tough, we must always be grateful for the small blessings that God gives us daily. We should not be complaining if we have to wear a mask, cannot meet our friends or if our business is not doing so well.

Instead, say thanks to God who gave us this life and walked alongside us thus far. Quoting from Isaiah 41:10: “So do not fear, for I am with you; do not be dismayed, for I am your God. I will strengthen you and help you; I will uphold you with my righteous right hand.”

God has a plan for each and every one of us. Like Leonella Sgorbati, we must accept it willingly and place our trust in God.

Gisela Keyla is a student in the faculty of law at the University of Airlangga in Surabaya, Indonesia.