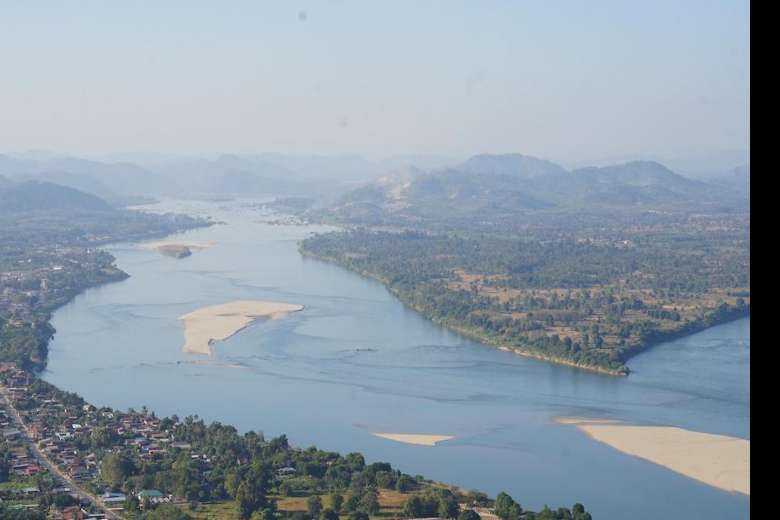 The Mekong River Commission (MRC) and its dialogue partners will undertake a major joint study by all six Mekong countries into the changing hydrological conditions across the entire Mekong River Basin, which has suffered from severe drought.

The annual 25th Dialogue Partners meeting, which includes the MRC and representatives from China and Myanmar, approved the joint study alongside the Lancang-Mekong Cooperation (LMC) Water Centre.

Phonepaseuth Phouliphanh, acting chairperson of the MRC Joint Committee, said the study would propose adaptation measures, including better information sharing and the coordination of water infrastructure, to address flood and drought risks and water fluctuations.

“The need for the joint study is underscored by the Mekong River Basin’s increasing propensity for floods and droughts that have been attributed to adverse changes in climate and water infrastructures,” he said in a statement.

The Mekong River has struck record lows in recent years with scientists and environmentalists pointing to climate change and dam construction in Laos and China as significant factors which have resulted in water shortages and depleted fish catches.

More than 60 million people depend on the river for their livelihoods.

Droughts in the basin had increased in frequency and severity since 2009, the MRC said.

The MRC said the study would be launched in December and run until 2024. It consists of two phases, with the first to be completed in 2022 and expected to yield immediate recommendations for action.

The MRC noted that countries along the Mekong River such as Myanmar, Vietnam and Thailand are among the top 10 countries in the world exposed to significant climate change risks, according to the Global Climate Risk Index.

Droughts in the basin had increased in frequency and severity since 2009, the MRC said.

It said these events severely hit rural livelihoods, curtailing productivity which resulted in huge economic losses. Additionally, the river’s hydrological regime has changed following development of the hydropower cascades in the Mekong Basin and climate change.

“China welcomes stronger synergy between the MRC and LMC to better contribute to the well-being of people and the sustainable development in the subregion,” said Ke Yousheng, China’s permanent representative to the United Nations Economic and Social Commission for Asia and the Pacific.

The dialogue meeting also discussed a mechanism of joint notifications of water-related emergencies including water fluctuations, flood and drought among the six Mekong countries.

Since 2019, the MRC has monitored changes in flow regimes which have caused water fluctuations. In response, it said, the MRC would table their findings to be discussed with the remaining MRC countries — Cambodia, Laos, Thailand and Vietnam.