Moves start in the Netherlands to beatify Bishop Frans Schraven 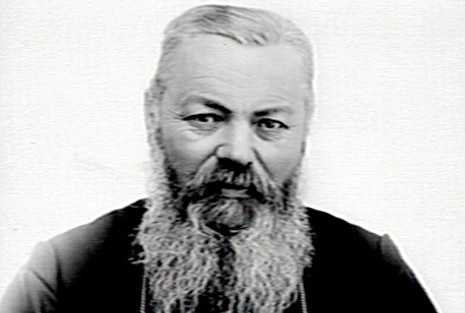 It has been the better part of a century since Bishop Frans Schraven and eight European companions were led out of a cathedral compound in Hebei province by masked Japanese soldiers, never to be seen alive again.

The 75th anniversary of their killings during the Second Sino-Japanese War in 1937 were commemorated last year, along with the publication of a comic book about their valiant attempt to protect a group of women from being seized by Japanese soldiers as sex slaves.

This month, the Catholic Church in the Netherlands received approval to begin proceedings for the beatification of Bishop Schraven and his companions.

The canonization of 120 Chinese martyrs in 2000 on China’s National Day elicted angry accusations from Beijing that the Church was honoring accomplices of imperialism because the martyrs were killed during the Boxer Rebellion in 1900.

But Father Joseph Cheng of Zhengding diocese in Hebei province says he does not expect much reaction from Chinese officials over Bishop Schraven and his companions.

“Their killing had nothing to do with the Chinese people,” he said, adding that since they were killed by the Japanese, the beatification might even be used as propaganda by the government, which is currently in a tense standoff with Japan over competing claims of ownership of coastal islands.

Bishop Schraven led the vicariate apostolic of Chengdingfu (now Zhengding) from 1921 until his murder in 1937.

Today Zhengding has become a stronghold of about 100,000 “unregistered” or underground Catholics, led by the 78-year-old Bishop Julius Jia Zhiguio, who has lived under constant government surveillance for several years.

The old cathedral in Zhengding was confiscated by the Communist government in the late 1940s and is now part of an army hospital.

Father Cheng says his great grandfather, the first Catholic convert in his family, used to deliver food and daily supplies to the cathedral located within the walled city.

But the young priest adds that he knows very little about the Dutch missioner except the details of his death and subsequent burning at the hands of Japanese soldiers.

A press statement issued by the Monsignor Schraven Foundation on Tuesday said a newly established law court in the Netherlands will evaluate the motive of the murders over the next six months. The results will be submitted to Rome with the possibility of making a declaration of beatification for the murdered priests or their official designation as martyrs.

Maria Pei Aizhen, in her 90s, received the sacrament of confirmation from Bishop Schraven in the late 1920s. In an interview with ucanews.com on Thursday, the laywoman said she was “excited and happy” to know the bishop’s beatification cause is moving forward.

The killing of the bishop and his colleagues, which has become known as the “Massacre of Zhengding Church” is believed to have been in retaliation for Bishop Schraven’s refusal to provide invading Japanese troops with about 200 “comfort women” from the thousands of refugees who took shelter in the cathedral compound.

The nine Europeans were allegedly blindfolded, handcuffed and taken away in a truck by a gang of masked men. Their whereabouts remained unknown until several months later, where their bones and other materials were found in a pile of ashes near a Buddhist pagoda 300 meters from the cathedral.

Born in 1873, Bishop Schraven left as a missionary for China after he was ordained a priest in 1899. His companions included Dutch, Austrian and French Lazarist priests, a Polish lay brother, a French Trappist priest and a non-Catholic organist from Slovakia.

They are honored in the diocese of Roermond, in a special chapel that has been furnished in the parish church of Broekhuizenvorst, where Bishop Schraven grew up.