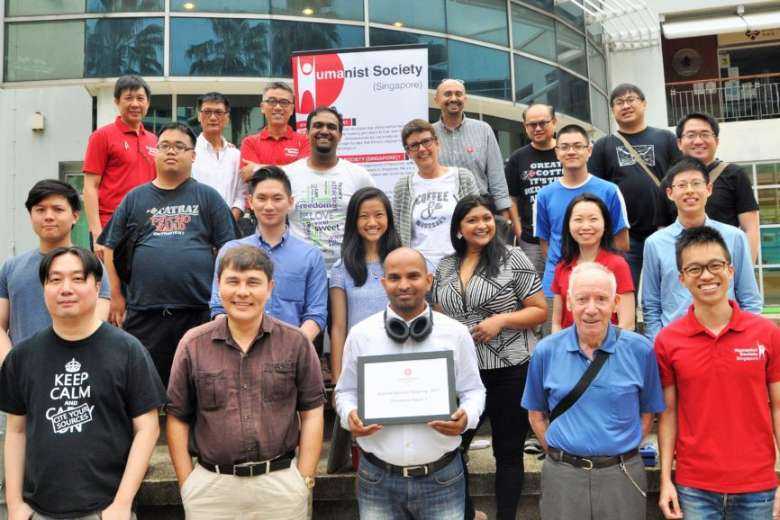 One in every five residents of Singapore is non-religious as more young people turn away from traditional faiths, according to the latest national census data.

About 20 percent of Singaporeans had no religious affiliation in 2020, a rise from 17 percent a decade ago, reports the Department of Statistics.

The non-religious population makes up the second-largest group after Buddhists in the city-state’s estimated 5.6 million residents.

Observers note that the number of non-religious people has been rising since 1980s when they accounted for 13 percent of residents. Many of them prefer to call themselves free thinkers or humanists instead of atheists or agnostics.

More young Singaporeans say they publicly declare themselves followers of traditional faiths due to childhood habits, but in reality they don’t practice religious rites and rituals, according to studies by local media.

Yuxuan, an 18-year-old girl, told Channel News Asia that she ticks the “Buddhist” box on official forms but does not practise Buddhism.

“I’m supposed to be a Buddhist but I’m leaning more towards [being a] free thinker,” she said. “My parents practice [Buddhism], so when they practice it, I just follow along.”

Her views are similar to those of many young people CNA interviewed, including those from Christian and Muslim families who said that despite their participation in religious rituals with their families, religion does not play any significant part in their lives.

Experts say the rise in Singapore's non-religious population is “not unexpected” as Singapore societies have increasingly encountered modernism and the secular world in recent decades.

Dr. Mathew Mathews, principal research fellow at the Institute of Policy Studies, noted that more people think religion as an institution does not play a major role in their lives.

He added that most people look at sciences to find answers to many questions in their lives instead of organized religions.

The non-religious population in Singapore has found a platform to organize and move forward in the multi-religious and multi-ethnic society.

In 2010, the Humanist Society of Singapore, a voluntary group, was established with an aim to unite and assist humanists, free thinkers, atheists, agnostics and other like-minded people. It has 120 registered members and 6,500 followers on Facebook.

The group calls itself “a community guided by reason, informed by evidence and driven by compassion.”

As the non-religious population grows, the society wants to facilitate a good landing beneficial to all in Singapore

It is a registered body that performs community services and activities traditionally carried out by organized religions such as birthday and wedding programs as well as assisting people in crisis.

“As the non-religious population grows, the society wants to facilitate a good landing beneficial to all in Singapore. A good landing is where a state of genuine ease exists between all communities and groups regardless of religious affiliation,” said Zheng Huifen, a corporate lawyer and former vice-president of the group.

“At the same time, all can feel welcome to add their voice to Singapore’s dialogue on national issues.”

Despite a plummeting in membership, the Singapore Taoist Federation says young people continue to participate in Taoist festivals and ceremonies in large numbers, such as the annual Nine Emperor Gods Festival that features a colorful procession with palanquins.

Tan Thiam Lye, chief of the federation founded in 1990, said the group has ventured into innovative ways to attract young people, such as setting up a website, a Facebook page and conducting talks, cultural seminars and performances of Taoist culture.

As a result, the drop in followers of Taoism has slowed in recent times compared to the eighties and nineties, he said.