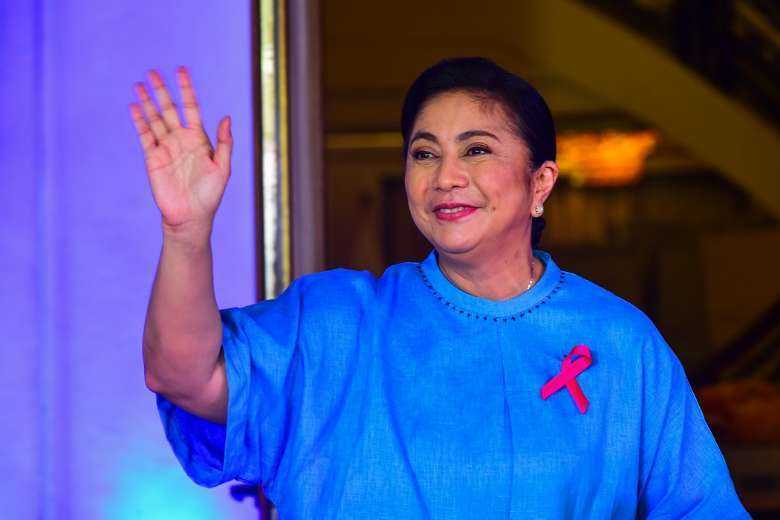 Philippine Vice President Leni Robredo speaks during a press conference in Quezon City on Oct. 7, 2021, to announce she will run in the 2022 presidential race. (Photo: AFP)

The group said her track record showed she was best suited to holding the highest office in the country.

“Even before entering the political arena, Leni has done so many things for the good of the people,” the group said in a statement.

The group cited Robredo’s “commendable” handling of public funds that earned her the highest rating from the Commission on Audit, the body that examines all expenditures involving public funds.

“During her years as vice president, the commission has proven that her office is the cleanest in government.” the group added.

In a swipe aimed at current President Rodrigo Duterte, it said she “is not a thief, liar, cheater, lazy, boastful and a killer. She does not favor oligarchs, friends and political allies … She does not divide the nation because of corruption.”

A group of former seminarians also backed Robredo and called on Catholics to engage in “truthful” discernment that would lead to votes for the right candidate.

“We want to educate the marginalized sectors of society who are often used and abused by deceitful politicians during elections to vote for their own vested interests … and our discernment process points to Robredo as the best candidate,” the group said in a Facebook post.

“To our fellow Catholics who are still undecided. We want to enlighten the undecided voters … to choose not the lesser evil but leaders who would stand for truth and justice in the interest of the nation against the machinations of evil in the form of corruption, lies, fake news and deceit,” the group added.

The theologians and seminarians have joined other Catholic groups, institutions and even clerics in lending their support to the vice president, a critic of Duterte.

They include the Catholic San Beda University, Duterte’s alma mater law school. Archbishop Socrates Villegas of Lingayen is also thought to back Robredo after praising a group of doctors who came out to back her last week.