Visit with Chinese bishops may be a positive sign, but questions remain 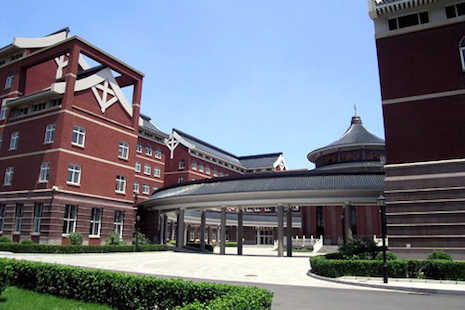 The National Seminary in Beijing. (File photo by ucanews.com reporter)

Further details of the Vatican's secret talks with China's ruling Communist Party have come to light, including that the Holy See delegation visited a Chinese bishop and a seminary in Beijing.

The Vatican delegation, which comprised representatives from the Secretariat of State and the Congregation for the Evangelization of Peoples, touched down in Beijing on Oct. 11. Neither side has made public statements about the talks.

However, Father Jeroom Heyndrickx, a veteran sinologist at the Verbiest Institute of Leuven Catholic University in Belgium, said there are still positive indications to take from the secret meetings.

"In the corridors, the rumor spread that both sides had agreed to leave aside — for the time being — negotiations on the more thorny questions," Father Heyndrickx wrote in a commentary for ucanews.com.

These issues include the release of imprisoned Bishop James Su Zhimin of Baoding, the status of eight excommunicated bishops, and the situation of Auxiliary Bishop Thaddeus Ma Daqin of Shanghai, who is confined at the Sheshan Seminary, according to the Missionhurst priest.

"Both parties did not seem ready to reach an agreement on these issues. They wished to look first for a consensus on the issue of episcopal appointments," he said.

The visit to Bishop Li itself was "a positive signal meaning that the negotiations went well," he said, adding that a visit to the seminary made this even more clear.

The delegation was welcomed by Bishop Joseph Ma Yinglin, president of the bishops' conference and rector of the seminary. The Vatican does not recognize either the government-sanctioned bishops’ conference or Bishop Ma, an illicit bishop who was ordained without papal mandate.

In his commentary, Father Heyndrickx also cited other positive signs earlier this year, including the installation of Bishop Wu Qinjing of Zhouzhi in July, after which the government allowed the secretly ordained bishop to administer his episcopal ministry publicly, and the August ordination of Bishop Zhang Yinlin of Anyang, which was the first in three years with dual approval from the government and the Vatican.

However, Father Heyndrickx cautioned that since no official communication was given about the results of the negotiations, "we may therefore not conclude that an agreement was reached on the appointment of bishops."

Still, the priest said, there were positive indications that allowed observers inside and outside of the church to remain "very hopeful."

"Events during the coming months will confirm whether our hope is well-founded," he said.

Cardinal John Tong Hon of Hong Kong was one of these hopefuls. He told ucanews.com in late August that there has been "an improvement and better atmosphere" between both sides. But Cardinal Joseph Zen Ze-kiun, retired bishop of Hong Kong, said Beijing's inflexibility rendered the talks meaningless.

Cardinal Pietro Parolin, the Vatican's secretary of state, has been quoted as saying that China-Vatican relations are "not yet ripe, but one is working slowly and discretely for an understanding."

Many Catholics in China, however, do not share the same optimism.

"I doubt if Chinese President Xi Jinping has the courage to treat the Catholic Church sincerely," an active Catholic blogger in China, who identified himself only as Thomas, told ucanews.com.

"China-Vatican relations will not get heated up just because of the upcoming presidential election in Taiwan, or the passion of Pope Francis on China," he said.

"It rests entirely on the sincerity, pragmatism, understanding and transformation of Xi’s government for a new turn on China-Vatican relations. Without such changes, we are going to see the same negotiations continue without anything materializing, as in the past three decades."

The secretive October meetings, which have not been publicly confirmed by Beijing or the Vatican, were the second round of talks since June 2014 discussions.