More places to worship does not mean more worshippers though, says prelate 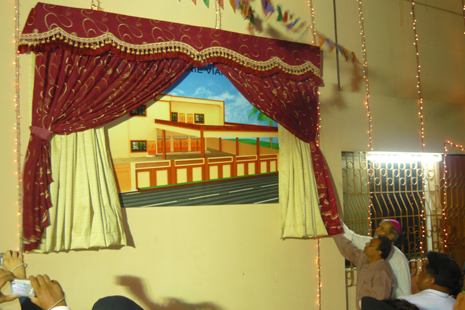 A prelate in Lahore has said that growth in the number of churches has more to do with accommodating existing faithful and does not reflect a rise in the number of people joining the Church. “It is a natural growth which does not necessarily mean baptisms are increasing. Population is increasing, and thus Church buildings are either being extended or constructed.” Bishop Shah made his comments at the opening of a new Catholic Church in Sambrial village in Punjab province on July 24. The prelate has blessed four new Churches this month in Lahore archdiocese. “Church venues have been getting fewer and many had to stand outside in the open sun during liturgy,” he said. “The faithful are now focusing more on decoration and new construction.” There are 1,151,319 Catholics in Pakistan out of a total population of 170 million, according to a Church directory published in 2010. The directory listed 1,007,224 Catholics in 2005. Archbishop Evarist Pinto of Karachi last week attended a ground-breaking ceremony for the new St. John’s Marie Vianney Church in Karachi, the most populous archdiocese in the country. Most of the congregation stood outside in monsoon rains during the ceremony. The new Church is one of three being extended or rebuilt this year to accommodate more than 8,500 families in St. Paul’s parish. The Karachi archdiocese is also constructing five new Churches this year, Archbishop Pinto said. Related reports: Colony to get church at last