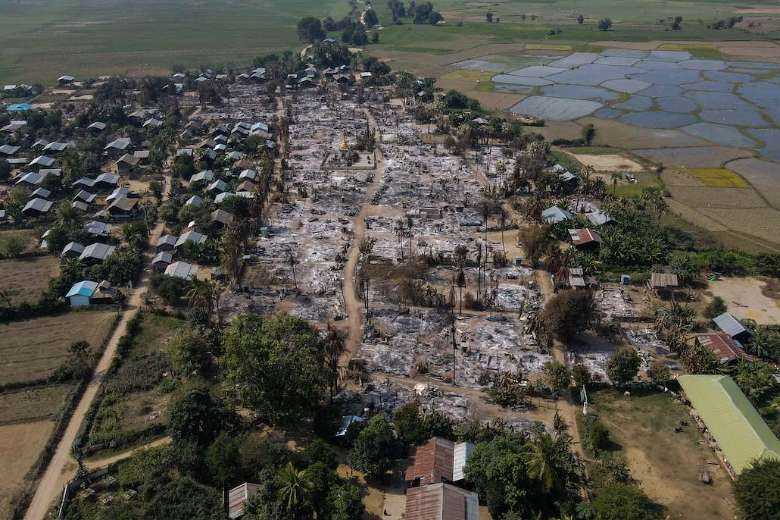 Thousands continue to flee the ongoing conflict between the military and local militia groups in Myanmar’s Christian region of Chin state to a neighboring Christian-majority state in India.

At least some 22,000 have crossed over from Myanmar Mizoram since the coup on Feb.1, 2021, when the Myanmar military took power overthrowing an elected government, reports said.

“Escalating violence displaced thousands of Chin, adding to concerns about increased levels of atrocities and rights abuses and that more people will be displaced in Chin State as a result,” the Chin Human Rights Organization (CHRO) said.

Thousands of ethnic Chin from Thantlang, Matupi, Falam and Tedim townships have fled from their homes and taken refuge in various districts in Mizoram state while more than 40,000 have been internally displaced in the state.

The CHRO estimates that at least 30,000 people from Myanmar have crossed into four bordering Indian states — Manipur, Mizoram, Nagaland and Arunachal Pradesh.

Christian-majority Chin state has been at the forefront of resistance to the military junta and has witnessed fierce retaliatory attacks including air strikes, heavy artillery and indiscriminate attacks on civilians.

Hundreds have been arbitrarily detained and dozens killed.

Dozens of churches including Catholic churches have been set on fire, vandalized and destroyed by soldiers while priests and pastors have also been targeted.

Hakha and Kalay dioceses that cover Chin state and the Sagaing region have been affected by the ongoing conflict since the coup.

Myanmar has witnessed intense fighting between the military junta and rebel forces in the past few months in ethnic areas, including predominantly Christian Kayah, Chin and Karen states, where civilians have been forced to leave their homes and flee to forests or seek shelter in church institutions.

At least 1,500 people including children have been killed by the junta over the past year.

At least 144 children aged between three years and 17 have been killed by security forces in the conflict-torn country, according to Farhan Haq, deputy spokesman for the Secretary-General of the United Nations.