More abortions in the name of science?

India: terminations may be extended to 24 weeks 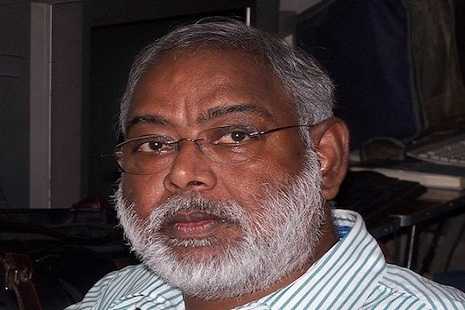 Two seemingly bizarre recommendations by the Indian government’s high-profile National Commission of Women, which have gone unchallenged by both the religious bodies and the ethical civil society groups, may radically add to the marketing of abortion on demand.

Outside of the Western world, India has one of the more liberalized abortion regimes with laws changed over the years under pressure from pro-choice lobbies and the medical fraternity.

The commission cites advancements in diagnostic sciences as its reason for demanding an advancement of available abortion from the current 20 weeks to 24 weeks, even as reproductive science experts try hard to progressively decrease the age of the unborn child where it can be viably sustained outside of the womb in a life-nurturing environment.

There are serious apprehensions that the rationale presented by the commission may increase female feticide. It may also encourage attempted eugenics where parents and doctors attempt to prevent births of children with congenital defects.

The second suggestion to the government says that traditional midwives be allowed to carry out the abortions. No official records are kept of abortions in villages at the hands of quacks. At present, abortion in India can be performed by doctors up to 20 weeks into pregnancy, but an opinion of a second doctor is necessary between weeks 12 and 20. India is also woefully short of facilities and personnel to counsel parents.

Gynecologists and obstetricians at a meeting held recently in Delhi narrated how pregnancies that were sought to be terminated because non-invasive and invasive tests had sown some “latent abnormality” eventually reached full term with the baby showing nothing more serious than a cleft lip. This can be corrected early with simple surgery.

Abortion, politely called Medical Termination of Pregnancy (MTP), has unfortunately never become a major political issue in India, a country otherwise known for its very orthodox social mores. The well documented bias, both in rural and urban areas, has made legal and illegal termination of pregnancies the norm rather than the exception.

The State of Emergency from 1975 to 1977 when the prime minister Indira Gandhi tried to contain a backlash against her government saw large scale abuse of the process to curtail population.

Now, as in the past, arguments over babies conceived by rape or suspected to have congenital diseases, which would impair quality of life, have been advanced by the National Commission of Women, which says: "Keeping in view of the present scientific development in medical diagnostic technologies as well as [the] social scenario, laws/statutes need to be revamped.”

It offers examples of the different permutations of the “social scenario” as a woman who has suffered rape, perhaps from a lower caste, or a minor who has become pregnant or a young woman who was promised marriage but was later deserted by her husband-to-be.

The commission therefore wants to tweak the MTP Act to read: "Where the length of the pregnancy exceeds 12 weeks but does not exceed 24 weeks.”

There have been a few legal cases where parents have gone to court seeking permission to abort babies suspected of being malformed or diseased. In one notorious case, in 2008, the Bombay High Court dismissed a plea for abortion as the fetus had a congenital heart problem detected in the 24th week. (The woman reportedly later suffered a miscarriage blamed on the intense media attention which caused high blood pressure).

India’s strict abortion laws were overhauled and liberalized in 1971 and amended again in 1975. The Consortium on National Consensus for Medical Abortion in India estimates an average of about 11 million abortions annually with an estimated 20,000 women dying every year in the process. Legal abortions have shot up from a mere 24,300 recorded in 1972 to rwo and a half million in 2012.

The commission has had one major national consultation on the subject, but the government is yet to make a call on its suggestion. But there are potent fears that well organized lobbies may pressurize the government to further liberalize the law in the guise of medical necessity.