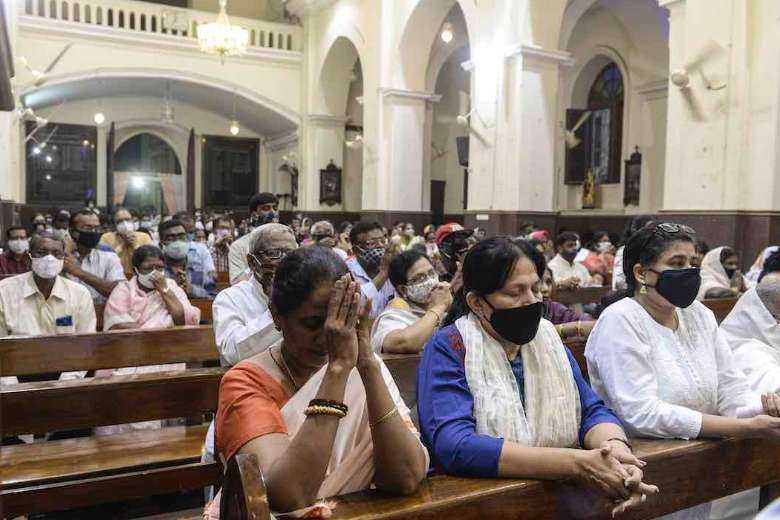 A Catholic Church leader has sought the intervention of Indian Prime Minister Narendra Modi to contain violence against minorities, especially Christians, amid reports of rising persecution.

Archbishop Leo Cornelio of Bhopal, based in the capital of central India's Madhya Pradesh state, wrote a letter to Modi asking him “to take effective steps to contain rising violence against Christians.”

Christians make up 2.3 percent of India’s 1.3 billion population, who are mostly Hindus.

Christians faced persecution in 21 of 28 Indian states, most of them ruled by Modi’s BJP party, the report said.

The prelate also cited the harassment of two Catholic nuns in the Mau district of the northern state of Uttar Pradesh on Oct. 10.

They were kept in the police station for over six hours without any formal complaint following pressure from Hindu activists before being released in the evening.

Archbishop Cornelio also cited the hate speech case of BJP legislator Rameshwar Sharma, who appealed to Hindus in a speech to “stay away” from Christians and Muslims, stressing that contact would destroy Hindus.

Such public discourse from elected representatives seemed to be a “deliberate attempt to whip up communal hatred against minority communities,” said the prelate, describing it as “a matter of great concern for everyone.”

Rising religious fundamentalism and hatred, the prelate said, is “a threat to the growth of the nation” as he insisted on the need for working together to promote unity and harmony for the good of the nation.

“Archbishop Cornelio wants the office of the prime minister to address the burning issue of violence against Christians in the country,” Father Maria Stephen, public relations officer of the Catholic Church in Madhya Pradesh, told UCA News on Oct. 26.

“Now even our prayer meetings are termed as religious conversion ceremonies and false cases are registered against the faithful.

“It is not happening only in BJP-ruled states like Madhya Pradesh or Uttar Pradesh but also in Congress-ruled Chhattisgarh and other states. Christians face the same challenges and the intervention of the PM is important to get us justice.”

The Association for the Protection of Civil Rights (APCR) and United Against Hate and United Christian Forum (UCF) released a joint report of their survey on Christian persecution in India on Oct. 21. It recorded details of 305 attacks on Christians spread over 21 of India's 28 states.

Karnataka, another BJP-ruled state in the south, also witnessed a spurt in violence against Christians with 32 incidents.

The findings also noted that less than 10 percent of such violence against Christians was recorded by the police.

Church leaders accuse the police of being hand in glove with the perpetrators of anti-Christian violence.

VIVEK VARADARAJAN
The police in India is very weak and corrupt ..have no balls to do the job
Reply