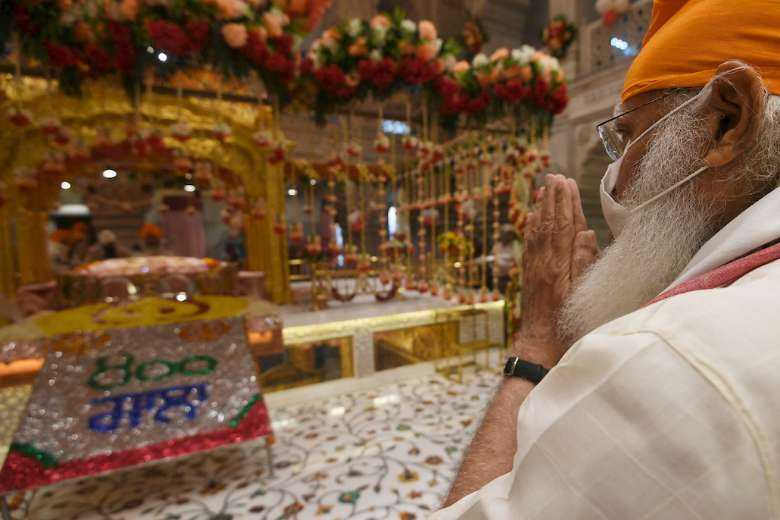 Things are taking gory turns for India on multiple fronts. Even those who sympathize with Prime Minister Narendra Modi are upset with his decision-making style, which is centered only on the Prime Minister’s Office (PMO).

Subramanian Swamy, an MP of Modi’s own Bharatiya Janata Party (BJP), recently said Modi should leave the management of the worsening Covid-19 pandemic situation to a crisis management team instead of making decisions on his own.

"We need a serious crisis management team now instead of PMO psychos to monitor and strategize the response," tweeted Swamy, a former federal minister and a person known for calling a spade a spade.

The suggestion come amid experts warning of a more virulent and destructive third wave of Covid-19 in India. The second wave is reportedly reaching its peak, killing close to 4,000 people a day and adding more than 400,000 cases daily.

With more than 20 million cases and thousands dying daily, the crisis has exposed India’s rickety healthcare system. Besides, political and administrative chaos and governmental indecisiveness have resulted in the collapse of the existing healthcare system amid an impending economic disaster.

Uddhav Thackeray, chief minister of Maharashtra, which is leading the tally with more than 4 million cases, said a third wave is “inevitable given the higher levels of circulating virus, but it is not clear on what time and scale this phase three will occur.”

We are not spreading the virus. It spread because of the government's failure to provide oxygen and minimum services in hospitals. Why blame us?

The federal government agreed. “We should be prepared for new waves,” said K. Vijay Raghavan, the principal scientific adviser to the government, during a press conference on May 5.

Given the depth of helplessness and frustration over the apathy of the civil-politico administration and avarice of private health services, top industrialist Uday Kotak, who heads the Confederation of Indian Industry, has urged the government to deploy the military to help care for patients.

But the country of 1.3 billion people has not yet come to unity of purpose. While politicians and political parties are busy scoring points against each other, the post-poll violence claiming at least 15 lives in West Bengal state shows that somewhere down the line the gravity of the crisis has still not dawned.

Farmers in northern states are still protesting in huge gatherings in public places and on May 5 announced that, despite the lockdown, a large number of protesting farmers would be marching into the capital from May 10 onward.

"We are not spreading the virus. It spread because of the government's failure to provide oxygen and minimum services in hospitals. Why blame us? We will ensure that the momentum of agitation at the protest site on Delhi’s borders doesn’t drop for want of the number of protesters,” prominent farmers' leader Sarvan Singh told UCA News.

Thousands of farmers have protested since last November against three farm laws that Modi’s government passed last year. Protesting farmers, who have blocked some highways near the capital, say the laws were meant to help corporate firms.

"The country should unite at the earliest. Unity of purpose is one of the defining issues today. We need it at all levels like never before. We cannot wait until the crisis forces us to do something very drastic,” said Pankaj Chaturvedi, a BJP leader in Madhya Pradesh.

"For all practical purposes, the prime minister is all at sea. A full lockdown would lead to further economic disaster. If not, there is health disaster. But in the absence of any action, the Covid-19 fatalities are increasing, so he has to reconcile with both the disasters," said Tushar Bhadra, an analyst in Varanasi in Uttar Pradesh.

Ignoring Modi’s appeal to consider a lockdown as a “last option,” several states, including many BJP-ruled states and city administrations, have already announced lockdowns. The capital is in its third week of lockdown.

A disastrous performance by the BJP in the polls in eastern West Bengal state has added to Modi’s political challenges.

Opposition Congress lawmaker Rahul Gandhi flatly blames Modi government for the crisis and insists that a lockdown remains the only solution.

"I just want to make it clear that a lockdown is now the only option because of a complete lack of strategy by the government,” Gandhi said.

"A crime has been committed against India. They allowed — rather, they actively helped — the virus to reach this stage where there’s no other way to stop it."

The present pandemic is a once-in-a-century crisis

Gandhi was hinting at recent elections in five states where crowded rallies were addressed by Modi himself. The government also allowed the celebration of Hindu festivals, including Kumbh Mela, where millions gathered and bathed in a holy river in Uttarkhand state.

But BJP leaders have their own explanations.

External Affairs Minister S. Jaishankar said the health crisis happened because for the past 75 years “India has underinvested in health.”

Such lame excuses hardly change the grim situation. The solution is for the authorities to make decisions and act.

But Modi’s style of style of functioning and decision-making, which concentrates every power on himself, could be a serious issue. That’s is why Subramanian Swamy is asking Modi to allow decision-making also outside the PMO.

Modi's mood swings are also weak spots. He does not have many friends among opposition leaders to build up a consensus. Rather, he has enemies within his party too.

Knives could be out any day. It is his personal popularity among the masses that is still shielding him at the moment. But that could change fast if the crisis worsens.