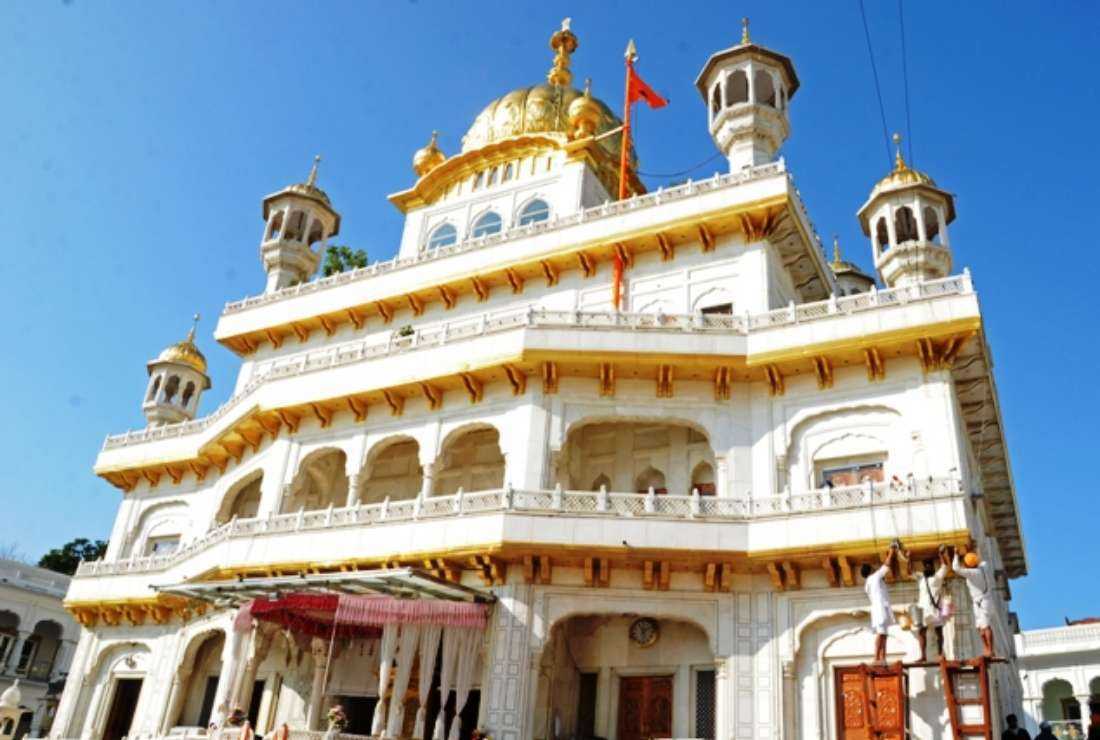 Sikh devotees clean the gold plating of the Akal Takht Sahib at the Golden Temple complex in Amritsar, India, on Dec. 12, 2020. Media reports say a mob vandalized Pieta statue and a priest’s car on the day Akal Takht, the chief center of religious authority of Sikhism, issued a statement against forced conversions by Christian missionaries in Punjab. (Photo: AFP)

A statue of the Blessed Virgin Mary and Jesus and a car belonging to a parish priest in India's northern Punjab state were vandalized in the early hours of Aug. 31.

Father Thomas Poochalil, parish priest of Infant Jesus Catholic Church in Patti, said an unidentified mob held the security guards at gunpoint and vandalized the Pieta statue in front of the church. They also set his car on fire.

The mob chanted “We are Khalistanis [Sikh separatists],” said the priest, adding that the police had been informed and an investigation is underway.

“Let’s seek the intercession of Our Patroness, Our Lady Queen of Peace, so that peace and tranquility may prevail as early as possible and the culprits be brought before the law,” Father Poochalil added.

“I spoke to Father Thomas Poochalil, the parish priest of the Patti church and will assess the situation there. It is too early to say anything at this moment. It is obviously sad and shocking,” Bishop Agnelo Rufino Gracias, apostolic administrator of Jalandhar diocese, told UCA News.

The latest attack on the church comes as Sikh leaders have condemned alleged conversion attempts by Christian missionaries in the state. In June, a Sikh head priest in the state called for an end to conversions of his community members to Christianity.

“Christianity is being spread in Punjab on a large scale to weaken us religiously. Churches and mosques are being built in large numbers in the villages of Punjab, which is worrisome,” Giani Harpreet Singh, the acting jathedar of Akal Takht, said.

However, local Christians have denied allegations that they are carrying out conversion activities.

According to media reports, the incident occurred on the day Akal Takht, the chief center of religious authority of Sikhism, issued a statement against forced conversions by Christian missionaries.

Meanwhile, the Nihang Sikhs, an order of warriors, also protested against religious conversions in the state. The Akal Takht, backing the Nihang order, said "fake pastors" are misleading Sikhs and converting them.

There are about 25 million followers of Sikhism around the world and Punjab is a Sikh-majority state.

Conversion to Christianity has risen in recent decades and Christians are now estimated to constitute 10 percent of Punjab's population of 28 million.