Italian Bishop Giorgio Marengo has been leading the small church with an estimated 1,400 members since 2020 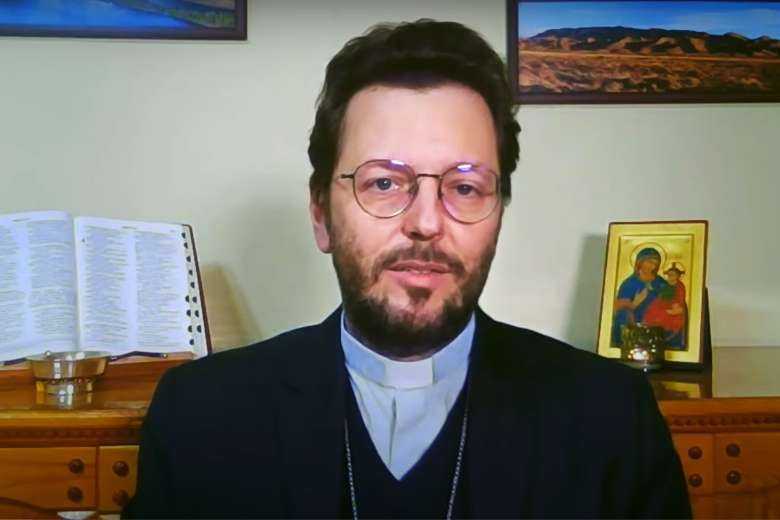 Catholic missionaries in Mongolia have expressed their surprise and joy over the appointment of Italian Bishop Giorgio Marengo, who leads the the tiny church of some 1,400 Catholics, as a new cardinal.

Pope Francis named Bishop Marengo, the apostolic prefect of Ulaanbaatar, as one of 21 new cardinals on May 29. The new cardinals will receive their red hats at the next consistory in the Vatican on Aug. 27. He is one of six new cardinals from Asia.

The Consolata missionary, who has been leading the Mongolian Church since April 2, 2020, turns 48 in June. His elevation to cardinal makes him the youngest member of the Church’s prestigious College of Cardinals.

"I am surprised and amazed by an unexpected moment of grace. I believe that the pope's gesture was a missionary gesture, to express attention and care to a small community and to all the small communities of faithful scattered throughout the world, in those lands where they are a small flock," the bishop said.

"I welcome this appointment with confidence in God, who will show me the way, and in the pope. I hand it over to the Virgin Mary, since I am a Consolata missionary, so that she can always intercede and guide me on my journey."

"Since becoming a bishop two years ago, he has played an important role in strengthening the church as its leader. He has made good attempts to improve relationship with the government and to promote interreligious dialogue"

Sister Tireza Gabriel Usamo, an Ethiopian Consolata nun serving in Mongolia since 2018, said she was surprised by the appointment.

“He is a gift for the Mongolian Catholic Church. Since becoming a bishop two years ago, he has played an important role in strengthening the church as its leader. He has made good attempts to improve relationship with the government and to promote interreligious dialogue,” Sister Usamo told UCA News.

The nun pointed out that as part of his efforts to promote harmony Bishop Marengo recently visited the pope in Rome with a delegation of Catholics and Buddhists.

“This is a good move for unity and peace,” said the nun, who oversees a Catholic handicrafts center for women in the central Mongolian city of Arvaikheer. “I thank God for the gift of Cardinal-Bishop Giorgio Marengo. I pray for him and for all Christians in Mongolia.”

Salesian Father Andrew Tin Nguyen said the news came as a “shocking surprise” to him.

“When I heard it first, I said 'whoo!' What does it mean for the Church of Mongolia to have a cardinal? What is God's will? What does the pope want for this church?” Father Nguyen told UCA News.

The Vietnamese priest said this appointment brings immense joy for the tiny church as it prepares to celebrate the 30th anniversary of its revival.

He said the church in the "land of Genghis Khan" is small with about 1,400 Christians in eight parishes. The church has a very vibrant life thanks to the services of 66 foreign missionaries (25 priests, 34 nuns, three brothers and three lay missionaries) from 26 countries and only two native Mongolian priests.

“I believe the relationship between the government and the Vatican will be better. It will be beneficial for local people, for evangelization and education”

Father Nguyen expects the new cardinal to make efforts to “raise his voice" to ease difficulties missionaries face in the Central Asian country.

“Missionaries face many difficulties. They are not looking for honor or respect, but they do not have real peace, happiness and freedom to work. The government is so demanding, controlling, checking and taxing. Our voice, our presence is not seen or heard,” he explained.

“So, I think when we have a cardinal to raise our voice, our work, our mission ... then the government and people can hear it.”

The priest, who is based in St. John Bosco School Center in Darkhan city, about 253 kilometers from capital Ulaanbaatar, said the new cardinal will help in improving the relationship between the church and the government.

“I believe the relationship between the government and the Vatican will be better. It will be beneficial for local people, for evangelization and education.”

Father Nguyen said he loves Pope Francis’ vision of “not leaving anyone behind.”

“Even though our church is small, he recognizes it, and he wants to hear from us, from everyone afar. He gives us a chair at the table to sit beside him, to be with him closer and to assist him to govern the universal Church. This is wonderful for the little flock here.”

This appointment puts tiny church in Mongolia into global spotlight, the priest says.

“We can hope that not only new missionary groups can come to Mongolia, but that the local Mongolian vocations will grow.”