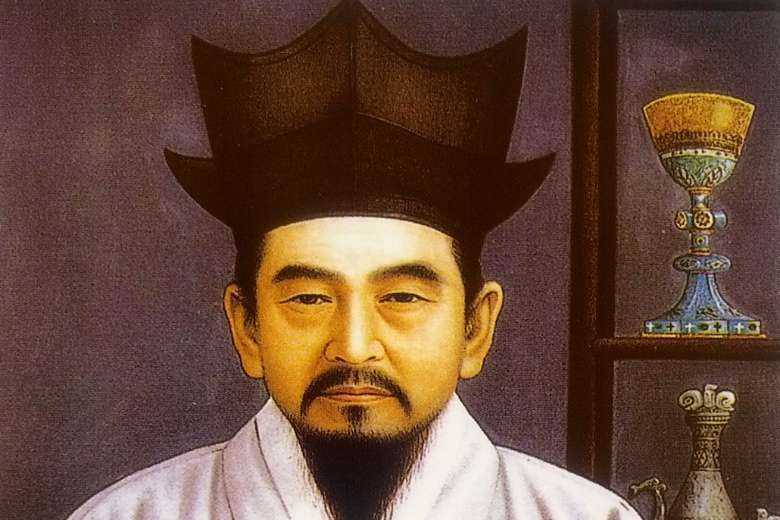 Korean clergy and laypeople have urged the Catholic Church to refrain from rushing the canonization process of Father Thomas Choe Yang-eop, a prominent 19th-century theologian priest and evangelist.

This year Catholics in Korea are celebrating the 200th birth anniversary of Father Choe (1821-61), dubbed the “St. Paul of Korea” for his legendary missionary endeavors during the early days of Catholicism in the East Asian country.

In 2004, Father Choe was declared a Servant of God when the Vatican initiated an investigation into his life and works as part of the process for sainthood recognition. In 2016, Pope Francis declared him venerable after the Vatican accepted the evidence of his holiness.

The Vatican needs to approve a miracle attributed to the candidate's intercession for beatification, the next stage of the process. For the final stage of canonization, another miracle is needed if the candidate is not a martyr.

While many Korean Catholics expected Father Choe to be beatified this year, it has been delayed for the miracle test.

Father Ryoo Han-young, a Catholic priest who petitioned for the beatification of the iconic clergyman, said the process has been delayed as the Vatican didn’t accept a miracle due to lack of scientific evidence.

The timing of the beatification of Father Choe is determined by God, so there is no need to think in a hurry

“Medical screening systems in Korea and Europe are different. Now the Korean Church needs to consult experts for the miracle screening,” Father Ryoo told the Catholic Times of Korea.

The priest appealed to Korean Catholics to systematically record the progress of any miraculous healing through the intercession of Father Choe that can lead to his beatification.

The failure to have the miracle attributed to Father Choe approved by the Vatican shows the Church moved hastily rather than effectively with a process without prior experience, said Dr. Cha Gi-jin, honorary director of Yangop Church History Research Institute.

Father Lee Seong-jae, head of the Baetti Martyrs Shrine in Cheongju Diocese, said there was no need to hurry the process.

“The timing of the beatification of Father Choe is determined by God, so there is no need to think in a hurry," Father Lee said.

“I believe that if Father Choe’s beatification is delayed, God has a will to provide better things for us.”

Thomas Choe was born on March 1, 1821, to a Catholic family in Cheongyang-gun village in the Hoseo region in the southwest of the Korean Peninsula. He was the eldest of six children of Francis Choe Kyeong-Hwan and Mary Yi Seong-rye.

The family moved from one place to other due to the persecution of Christians during the rule of the Joseon dynasty and finally settled in Surisan in Anyang in Gyeonggi-do province, according to official church records.

During a visit to Korea, Pope John Paul II canonized Francis along with 103 martyrs including Andrew Kim Taegon and French missionaries on May 6, 1984. Pope Francis canonized Mary alongside fellow martyrs on Aug. 16, 2014.

Thomas Choe studied in a seminary in Macau, China, where his companion was St. Andrew Kim Taegon, the first native Korean priest and the patron saint of clergy in Korea. Choe was ordained a diocesan priest in Shanghai, China, in 1849.

Following a brief priestly ministry in China, Father Choe returned to Korea when Christians were facing persecution and killing at the hands of Joseon dynasty rulers.

He contributed to the development of the liturgy, catechism and theology of the Korean Church

Father Choe traveled thousands of kilometers, visiting villages and comforting persecuted Christians. He evangelized and baptized thousands of Catholics. He earned fame as "the martyr of sweat."

He faced abuses and persecution from royal forces. During a visit to Christian villages, he was arrested, beaten and dumped naked in the middle of the night amid chilly, snowy winter, according to the Vatican's Pontifical Council for the Family.

He contributed to the development of the liturgy, catechism and theology of the Korean Church by composing liturgical hymns with traditional Korean melodies and translating a catechism and a prayer book from Chinese.

He also enthusiastically promoted devotion to the Cross and Sacred Hearts of Jesus and Mary. However, he always considered himself "the least of Christ's servants, a son and useless priest of Korea."

French missionary Bishop Siméon-François Berneux (1814-66), who was also martyred during the anti-Christian purge in Korea, believed Father Choe was a holy priest and called him "St. Paul of Korea."

About 56 percent of South Koreans have no religion, 20 percent are Protestant, 8 percent are Catholic and 15.5 percent are Buddhist, according to official government records.

JIAL
St.Paul pray for us!
Reply