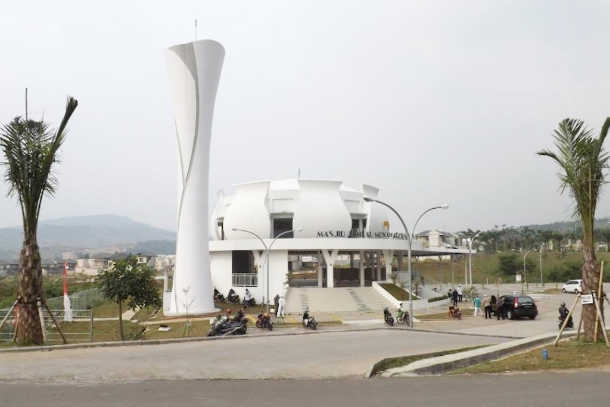 Indonesian police have detained a Christian woman who entered a mosque in West Java on June 30 with a dog and wearing shoes, both considered acts of desecration.

The woman, identified only as SM, was arrested in Bogor, West Java after she walked into the Al Munawaroh mosque in Sentul City.

The woman entered the mosque looking for her husband who she suspected was about to marry a second wife, which she wanted to prevent, the New Straits Times reported.

The incident was filmed by a witness and went viral on YouTube, triggering protests from Muslims.

The two-minute video shows the woman — who said she was a Catholic — being confronted by a man wearing a white Muslim cap.

He appears to push her toward the exit and then became further agitated as she tried to take photos of him with her phone. He knocks the phone out of her hand, whereupon the woman kicks him and the man kicks her back.

As he follows her around the mosque, they become engaged in a shouting match while several other people chase the dog out of the building. The man eventually leaves but the woman stays and continues to argue with bystanders.

Bogor police previously declared, after receiving reports from two hospitals, that SM had a history of mental illness.

However, Andiko said police would continue legal proceedings against her, adding that she could still be charged with blasphemy and face a prison sentence of up to five years.

In August last year a Buddhist woman was jailed for 18 months for blasphemy in Medan, North Sumatra  after she complained about the loudspeakers at her nearby mosque being too loud.

“We have asked Muslim clerics in Bogor to work with the police and Interfaith Communication Forum to quell any unwanted reactions,” he told ucanews.com on July 3.

Sa'adi said MUI appreciated that police immediately responded to the incident and “rescued” the woman, preventing people from taking the law into their own hands.

He urged Muslims to remain calm and not be provoked by rhetoric that could lead to hatred against “a certain ethnicity, religion or race.”

“We fully surrender this case to law enforcement,” said Sa’adi, who called for all those involved to remain alert as some people might use the incident to provoke interreligious disharmony.

Rev. Gomar Gultom, general secretary of the Communion of Churches in Indonesia, said he condemned any action that tarnished places of worship, including mosques.

He said that although the individual responsible was said to be suffering from depression or mental illness, the episode had strained relations between people of different religions.

“As a church leader, I apologize to Muslims, particularly in the mosque concerned, who were hurt by such behavior,” Gultom told ucanews.com.

He agreed that due legal process should be followed against the woman, adding: “I hope police can handle the case quickly, proportionally and professionally, in line with the law.”

Indonesia’s Vice President Jusuf Kalla also called on Muslims to remain calm and not carry out any acts of revenge. Geographically the Archdiocese of Lingayen-Dagupan is situated in the central of the province of Pangasinan. It has a