Media freedom is under attack in Asia. (Photo: Unsplash)

Some locals spotted unconscious and blindfolded Golam Sarwar in the Kumira area of the port city of Chittagong in southeastern Bangladesh on the evening of Nov. 1. With bruises from torture all over his body, he was taken to a nearby shop and many gathered around out of curiosity.

As he regained consciousness, he started begging repeatedly, “Bhai (brother), please don’t beat me, please, please, please! I will not write news anymore. I will quit journalism.” The appeal brought tears to the eyes of onlookers and it took social media by storm, triggering a public backlash.

Sarwar was trembling with fear after being abducted and tortured by an unknown criminal gang for days — and he believed he was still in their clutches.

Sarwar, a journalist for Chittagong-based Bengali-language newspaper Daily Purbokone, went missing on Oct. 29, days after filing a report on land grabbing by an influential politician.

He was abducted by unknown miscreants, taken to a secret location, mercilessly beaten every day and told to quit journalism forever.

Such abuses of journalists are common in Bangladesh, which ranks lowest among South Asian countries in the latest World Press Freedom Index by Reporters Without Borders (RSF).

Bangladesh’s lowest position in South Asia has not changed since 2016. The nation has been routinely criticized for increasingly “tougher politics, more press violations” under the ruling Awami League party, which enacted the controversial Digital Security Act (DSA) 2018 that makes “negative propaganda” punishable by up to 14 years in jail.

The DSA is a cause of unprecedented levels of self-censorship in Bangladeshi media as journalists have become easy targets for both state and non-state actors.

Photojournalist Shafiqul Islam has been jailed for more than six months on a fabricated charge and has been denied bail 13 times. The nation of more than 160 million still remains a fragile democracy despite returning to constitutional democracy in the 1990s. The current government, which came to power through a controversial and allegedly rigged election in 2018, has made once-vibrant media and political dissent easy targets in absence of effective opposition as opposition parties have been crushed to non-significance by the ruling regime. A grim picture in Asia

Except for the Maldives and Bhutan, all South Asian countries rank poorly on the Press Freedom Index. The situation has been exacerbated during the Covid-19 pandemic as governments took aim at the media and journalists for exposing inept state responses.

In Islamic Pakistan, six journalists survived assassination attempts, three were kidnapped and seven others faced threats including arrest, harassment, assault and legal cases in October this year alone, a press watchdog noted. This adds to constant threats from religious extremists and the military establishment.

In India, media freedom has waned drastically since Narendra Modi’s Hindu nationalist Bharatiya Janata Party came to power in 2014. Press freedom violations including violence against journalists by police, attacks from political activists and retaliatory attacks by criminal groups and corrupt officials have been rife in India in recent years. Moreover, the media has been pressured to toe the government’s pro-Hindu ideology and policies.

The Indian government’s scrapping of Kashmir’s autonomy and brutal crackdown on its people including a media blackout are extreme cases of state-sponsored attacks on freedom of expression.

This gag on the media has become the new normal in various Asian countries where independent journalism is viewed with suspicion and hostility, with many topics of public interest being put behind “red lines” and any attempts to take on such issues facing attacks in the name of cybercrime and fake news.

The picture is similar to India, or worse, elsewhere in Asia as ruling regimes have largely suppressed opposition, weakened democratic institutions and made the judiciary mostly subservient, including in authoritarian states like China, Cambodia, Myanmar, Thailand and Vietnam.

It seems these states are following the hollow Chinese model of development at the expense of democracy and human rights.

While mainstream media is under tight control, social media has emerged as a game changer that used to be the last democratic space for critiques. Now that space has shrunk thanks to draconian laws like that of the DSA in Bangladesh and China’s national security law for Hong Kong.

Freedom of speech and the press is a universal human right, as the United Nations declares, and it must be sustained for the sake of democratic values and human advancement.

Media outlets across the globe are reeling from numerous threats including the rise of populist and ultranationalist regimes, deadly religious extremism, political and legal pressures and financial meltdowns.

The UN and Western nations that cherish freedom of expression should have done more than just issuing statements and reports condemning all forms of abuses against media and journalists across the globe, particularly in Asia. These international entities need to go well beyond so-called diplomatic niceties to press hard for media freedom in countries and regions by the might of their political and economic influences.

There are also well-known global rights bodies and media watchdogs who monitor press rights and freedom of expression, publish indexes and reports and condemn violations. They can do even better by lobbying influential international bodies to uphold a free press where it is essential.

In general, the Catholic Church has been not historically media-friendly and regarded media, both secular and religious, as anti-cleric or anti-church for exposing unpleasant and immoral things that the hierarchy deemed sensitive and a threat to the Church's image.

In fact, the media has rendered great services to the Church by exposing corrupt people and the system within this two-millennium-old global organization and saved it from further collapse from abuse scandals, financial misappropriation and infighting.

The Church with its global network of believers has a moral responsibility to stand up for press freedom for a better society, state and world. It should not only leverage media for public relations but also support the media when it is in danger.

Independent and free media is a vital pillar for a nation that cherishes a democratic society and intends to become a welfare state where development and human rights are equally respected and upheld.

Asia is the emerging economic powerhouse of the world today. But its economic development cannot be sustainable without effective democracy, which can only be achieved with a vibrant and unshackled media.

Rock Ronald Rozario is the bureau chief for UCA News in Dhaka, the capital city of Bangladesh. 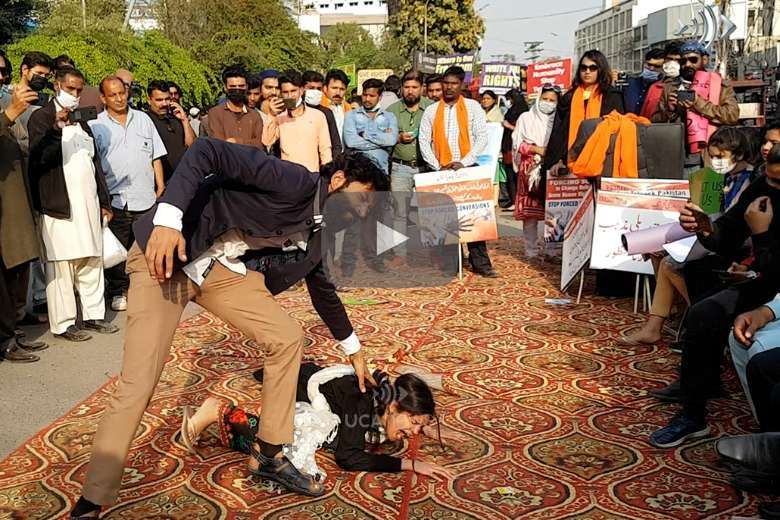