Up to 3 million people were killed during the 1965-66 communist purge in Indonesia. (Photo: YouTube)

The bloody communist purge that followed a failed coup more than half a century ago remains the most divisive moral and political issue for modern-day Indonesia.

The tragedy — some call it a genocide — remains the darkest period in the country’s post-independence history. It started with the failed coup orchestrated by the Indonesian Communist Party — known as the September 30 Movement or G30S — during which several top military officers were slaughtered.

The coup was possible as the Indonesian Communist Party (PKI) was a powerful political machine at the time. It flawlessly made its way to the state palace, taking advantage of President Sukarno’s alliance with communist Russia and China while distancing himself from the USA with its capitalism, which was regarded as similar to colonialism.

Sukarno, however, did not belong to the PKI. He neither distanced himself from it nor prohibited his aides from supporting it — until the day of the coup on Sept. 30, 1965. The party leaders were able to convince several pro-government generals, including Lt. Col. Untung, presidential security service chief, who was accused of planning the coup.

Author Julius Pour says that before becoming secret service chief, Untung played an important role during military operations in West Papua. He was a Sukarno loyalist. Hence, when the rumor spread that some “defiant generals” were plotting a coup, he ordered his soldiers to arrest and present them to the president — alive, not dead.

However, things turned sadistic. Instead of arresting and bringing them alive as instructed, the generals were killed. Their bodies were dumped in a disused well. Their remains were discovered several days later.

The retaliation led by General Suharto in the following weeks and months was merciless. Many people were killed and jailed without trial

While some historians remain puzzled as to who ordered the killings, others are convinced it was Kamaruzaman Sjam, the head of the PKI’s intelligence service, who had successfully infiltrated the military.

The retaliation led by General Suharto in the following weeks and months was merciless. Many people were killed and jailed without trial.

More than a half-century later, this tragedy is remembered by Indonesians on Sept. 30. Debates continue on the need for forgiveness and the restoration of the rights of the survivors and their families. Indonesian MPs carry the burden of the past 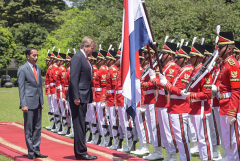 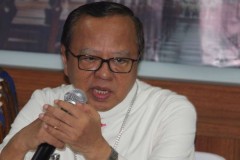 In some parts of the country, the relatives of those accused of being communists or even just sympathizers faced discrimination and were treated like people with an infectious disease who should be kept at a distance.

Such a situation prompted human rights defenders and concerned citizens to demand the state’s apology and pursue national reconciliation. During the first tenure of his presidency, President Joko Widodo promised to apologize, but it was never done.

During the first symposium on the 1965 massacre held in 2016 — two years after Widodo became president — there was an urgent call on the government to apologize for the tragedy. However, the government said an apology would not be necessary as it would not solve the problem.

The survivors would probably not demand a government apology either. It’s not because they had forgiven or forgotten the past, but to say sorry is just not enough.

All they wanted from the government was to accept the reports on the massacre submitted by Komnas Ham and follow them up. They wanted the rights that had been stolen from them restored.

Unfortunately, while accepting the reconciliation process, the government ordered a new search for mass graves. It not only showed the government’s lack of faith in previous reports but also meant that the process had to start all over again.

Some military officials have asked Indonesians to forget the tragedy. On one hand, it is a positive call to move forward. However, at some point, there is a need for the state to apologize for what has happened. In any relationship, asking for forgiveness over failures is necessary.

An apology is a gateway to telling the truth, reconciliation and, if necessary, rewriting history based on facts.

The reform era since the fall of Suharto has seen six different presidents. It’s understandable if past human rights violations, including the massacre during the communist purge, will not be settled soon as many of the New Order loyalists are alive and powerful.

Nevertheless, Widodo has the chance to rewrite history by paying careful attention to the victims of rights abuses

Some victims of past crimes even accused Widodo of intentionally hindering the reconciliation process by appointing some controversial army generals to his circle.

Nevertheless, Widodo has the chance to rewrite history by paying careful attention to the victims of rights abuses. He has three years remaining before a new president is elected in 2024.

Widodo often says that Indonesia is a big nation and calls on citizens to stand up for the country. As president of this big nation, he must imitate the leaders of other big countries such as Japan, the Netherlands and Germany, to name just a few.

The Japanese and Dutch governments have apologized — each twice — to Indonesians for the crimes they committed during colonial times. During his visit to Indonesia in March 2020, King Willem-Alexander of the Netherlands asked for forgiveness for the second time when he met President Widodo.

The Indonesian president should also have a big heart like German chancellor Angela Merkel, who apologized to the world’s citizens for Nazi atrocities including the Holocaust.

Dealing with the victims of the anti-communism massacre requires a leader who can set aside political debates which often drag politicians back to the evilness of debunked communism.

Instead, focus on the people, the survivors. They are part of us and in dire need of a better life.