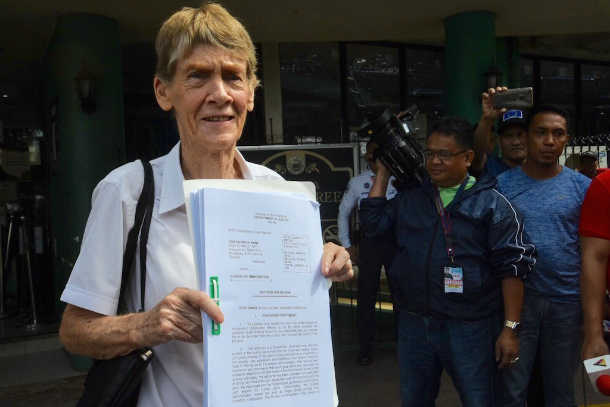 Australian nun Patricia Fox shows the appeal she lodged with the Philippines' Bureau of Immigration in a bid to have her missionary visa extended on Sept. 3. (Photo by Angie de Silva/ucanews.com)

The Philippines' Bureau of Immigration has denied "with finality" an appeal by Australian Catholic nun Patricia Fox to extend her missionary visa in the country.

In a two-page order release to the media on Oct. 8, the bureau said she had "failed to raise any new and substantial arguments."

It said her motion contains "merely a reiteration or rehash of arguments already submitted, and found to be without merit."

The nun's visa expired on Sept. 5. She applied for an extension but this was denied eight days later.

In its decision, the bureau said an approval would have been "inconsistent with the findings cited in the deportation order against her."

In July, authorities ordered her to leave the Philippines after she was declared an "undesirable alien" by the bureau.

In a 10-page resolution, it found Sister Fox was "in violation of the limitations and conditions of her missionary visa" for reportedly joining partisan political activities.

The regional superior of the Sisters of Our Lady of Sion, an international Catholic congregation, was arrested and detained overnight on April 16 for "joining political rallies."

The bureau ordered her to forfeit her missionary visa that month and gave her 30 days to leave.

On May 25, following an appeal from her lawyers, the Department of Justice reversed the order and reinstated her visa, which was due to expire in September.

However spokeswoman Dana Krizia Sandoval said the bureau's board of commissioners subsequently decided there was no valid reason to reverse the previous visa denial. She must now apply for a downgraded visa.

"[That would] revert her status to a temporary visitor, and she will be given 59 days starting from the date her current visa expires," Sandoval said.

Non-compliance could result in another deportation order, the bureau warned.

Sister Fox is already facing a separate deportation order from the bureau that she is appealing with the Department of Justice.

Philippine church leaders have repeatedly condemned that order, saying it is a government move to harass those who express criticism of the administration of President Rodrigo Duterte.

The Ecumenical Bishops' Forum called on Christian churches to extend their support for Sister Fox, and to all missionaries who face persecution because of the work they do with and for the poor. 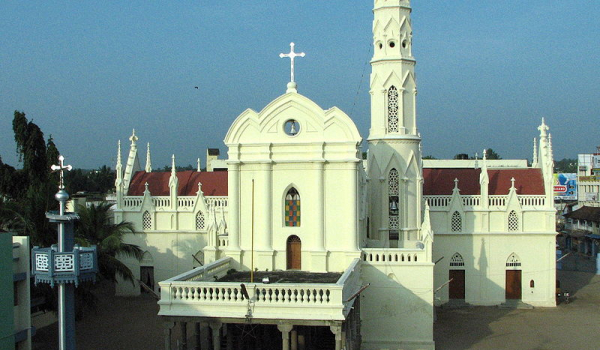