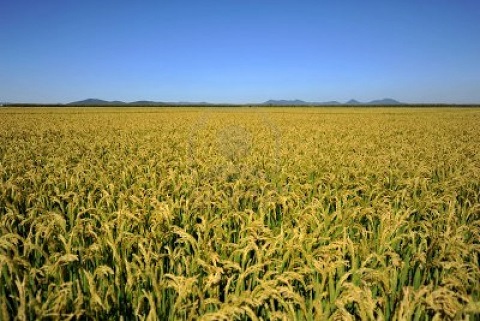 First produced in 1999 by scientists in Germany and Switzerland, Golden Rice contains beta-carotene, an orange-colored pigment that is also a key chemical used by the body to make vitamin A.

Scientists behind it say the rice can save millions of children in the developing world each year from blindness and deadly diseases caused by dietary vitamin A deficiency.

NGOs, however, claim that lactating mothers and children from developing countries are being subjected to Golden Rice feeding trials, sometimes without their consent.

They also question whether the rice can produce enough vitamin A the body needs and that by imposing the crop on local farmers, developing countries will become more dependent on Western industry.

Velvet Escario-Roxas, convener of the Green Moms group, warned that Golden Rice, which has yet to undergo safety tests in the Philippines, may be approved for planting in the country.

Green Moms is a nationwide coalition of mothers advocating organic food and breastfeeding.

"For moms like us, the best source of nutrients for our children is that what comes naturally, like breast milk," said Roxas.

"I would not want my child, or any child for that matter, to be exposed to the risks of consuming genetically modified foods," she added.

A recent Philippine nutrition study revealed that vitamin A deficiency in the country has already decreased to less than five percent due to several successful government programs which included providing Vitamin A capsule supplements.

"Instead of allowing genetically modified foods into our market, the government must reinforce programs that will promote breastfeeding and organic gardening among families and individuals," Ramos said.

The Philippines, however, remains one of the first countries where Golden Rice is being developed and targeted for commercial release, she said.

Roxas lamented that women and children who belong to the most vulnerable sector of society are being exposed to unknown risks by consuming genetically modified food, particularly Golden Rice.