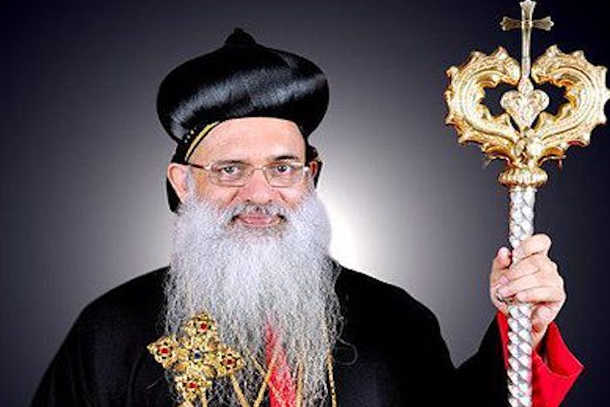 A man who accused four priests of the Malankara Orthodox Syrian Church of sexually exploiting his wife over confessional secrets says he has lost faith in the investigations being conducted by both the church and police.

Police in India's Kerala state and the church are independently investigating his complaint that four priests blackmailed the 36-year-old woman to have sex with them.

"I have several reasons to suspect the sincerity of the police and the church," he told ucanews.com on July 27.

The case, which initially named five priests, came to light in the second week of June when the man's telephone conversation with a church official was leaked on social media.

It is alleged that the woman confessed to a priest about having premarital sex with her parish priest. The priest used it to blackmail her and then passed the information on to at least four other priests, who also used it to sexually abuse her over several years.

All four priests are walking free because of "laxity on the part of the investigating team," the woman's husband said.

Both surrendered to police after the court dismissed their anticipatory bail plea and those of the other two priests, observing that they had acted as "predators" and taken "undue advantage" of the woman.

The two other accused priests — Father Abraham Varghese and Father Jais K. George — have applied to the Supreme Court for anticipatory bail. They have not yet been arrested as their bail plea is pending.

The man said he and his wife decided not to cooperate with the church probe as officials have been misusing their statements to protect the accused.

"I have lost faith in church authorities," he said, noting that "the secret confession of my wife" made to him was part of his complaint to church authorities but two priests used it to support their plea for anticipatory bail.

"It means the church has handed over details of my complaint to the accused to save them," he said.

"If we reveal anything further [to church investigators], they may use it to help the priests. We are already under pressure from church authorities to withdraw our complaint. We are not ready for any compromise.

"I want my wife and children back. I don't know how she will be able to cope with life after this character assassination. I am an ordinary person. I don't have big dreams. I only want my family to be happy."

Church spokesman P.C. Elias told ucanews.com that the alleged victim and her family members have not appeared before church investigators. However, an inquiry report is expected to be made available to the church's episcopal synod on Aug. 7.

The church has already suspended the accused priests.

Elias said any further action would be taken based on the inquiry report. He said church head Catholicos Baselios Mar Thoma Paulose II wants the inquiry to be free and fair.

"We will not protect the priests if they have done wrong. At the same time, we also do not want the innocent to be punished. The priests will be given sufficient opportunity to prove their innocence," Elias said.

Elias said church people are pained over what he called media attempts to tarnish the church's image.

"We have 30 dioceses and hundreds of priests working under them. Just because a few of them were accused of wrongdoing, the entire church cannot be painted guilty. This is unfair," Elias said.

The church, also known as the Indian Orthodox Church, is an autocephalous Oriental Orthodox church, one of the seven churches including two Catholic ones that trace their faith to St. Thomas the Apostle, who according to their tradition preached in southwest India in 52 A.D.