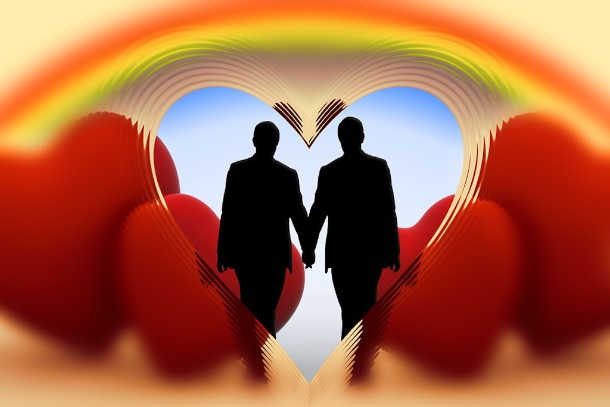 Sexual acts between people of the same sex are illegal under Malaysia’s civil law and sodomy is punishable by up to 20 years in prison. (Image: Pixabay)

Terry Rawther, a 30-year-old Muslim illustrator, is openly gay. That makes him a target of odium and ridicule in his homeland of Malaysia where homosexuality is widely seen as sinful.

“Being gay in a homophobic country, with almost everyone and everything invalidating you and your experience and life, is lonely and depressing,” said Rawther, whose original name was Tahir.

“I was lucky enough to be blessed by supportive parents. Their acceptance and support mean the world to me and are absolutely beneficial for my mental health.”

Rawther, who came out to his parents in his late teens after going on the hajj pilgrimage to Mecca in Saudi Arabia, told a Kuala Lumpur-based online publication of years of self-doubt over his sexuality because in conservative Islam homosexuality is condemned as a crime against nature and Allah.

According to a recent poll, more than four out of five Malaysians have highly negative views of homosexuality, which is illegal in the country.

Last year 11 men were arrested at a private residence in the state of Selangor and charged for allegedly having attempted to engage in “intercourse against the order of nature,” as per Islamic law. Five of the men pleaded guilty in an Islamic court and were fined, caned and jailed as punishment.

One of the men, a Muslim in his 30s who has not been identified to protect him from possible reprisals, decided to fight back, however. He has launched Malaysia’s first legal challenge against Islamic laws that forbid intercourse between people of the same sex.

Gay rights and human rights activists have welcomed the move, saying it could be a legal watershed in the Muslim country as a test case for gay rights. A ruling is expected by the end of the year.

“This will be a first and if we win the state law will be struck down and criminal charges in the Shariah court should be dropped,” the man’s lawyer Surendra Ananth told Reuters news agency.

Sexual acts between people of the same sex are illegal under Malaysia’s civil law and sodomy is punishable by up to 20 years in prison. Prosecutions of gay Muslim men are rare in civil cases, but the country’s parallel Islamic legal system takes a similarly dim view of homosexuality.

In his petition to Malaysia’s Federal Court, the country’s highest court, the unnamed Muslim man argues that local authorities in the state of Selangor where he was arrested overstepped their legal purview by seeking to enforce an Islamic ban on same-sex intercourse because such sex was already a crime under civil laws.

As a result, local authorities have violated his constitutional rights, the man argues in his filing to the court. Late last month the Federal Court agreed to hear the gay man’s case, a decision that has been lauded by LGBTIQ+ Network, a local coalition of 12 LGBTQ rights groups.

“It is clear this state law is being used by authorities to disproportionately criminalize marginalized and persecuted communities based on sexual orientation and gender identity,” the group said in a statement.

If the Muslim man’s case succeeds, it would stop all current cases in Shariah courts while similar legal challenges could also be launched in Malaysia’s 12 other states, jurists say.

Although Malaysia has a thriving gay scene, members of the country’s LGBTQ community do their best to stay out of sight for fear of being ostracized, excoriated or penalized. In 2018, for instance, two women were caned for “attempting to engage in lesbian sex” under Islamic laws in the state of Terengganu.

The watershed new legal case “could discourage state overreach in terms of law making,” which could allow Malaysia’s gays and lesbians to come out of the shadows, said Thilaga Sulathireh of LGBTIQ+ Network.

A positive ruling could also serve as legal and moral validation for gay men like Rawther who feel that they are being unfairly treated simply because of who they are.

Members of Malaysia’s LGBTQ community are “surviving and thriving despite the staunchly homophobic and transphobic society,” the illustrator said. “They still persevere and endure — they are a hardy bunch.”

He advises other gay men and women to wear their sexuality with pride and stay optimistic. “Your identity, your sexuality, your journey to discovery, happiness are valid,” he said. “You are valid and loved. Don’t give up [because] it does get better.”