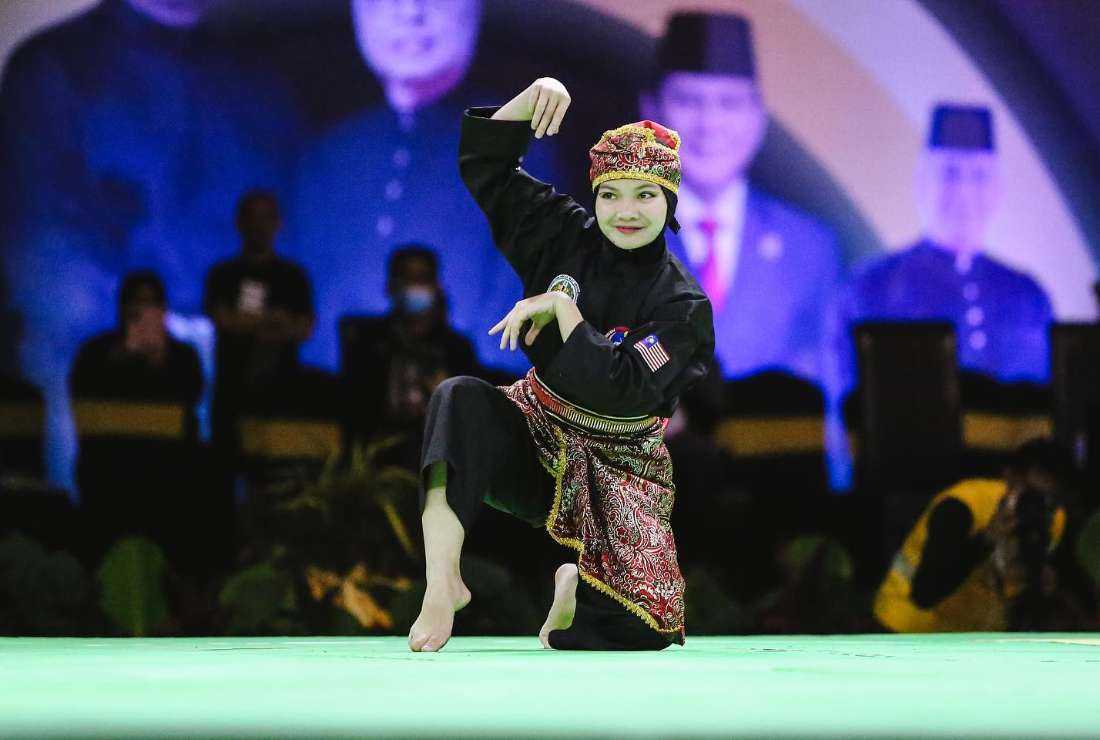 A gold-medalist Christian athlete in Malaysia has won praise from netizens for defending her decision to wear tudung, a traditional hijab-like headscarf of Malay Muslim women.

Merrywati Manuil, 21, a Christian from Keningau in Sabah state, clinched a gold medal during the 2022 World Pencak Silat Championship held on July 26-31 at Melaka of Malaysia. Silat is a collective term for a class of indigenous martial arts in Southeast Asia.

Following her victory, she faced questions about her choice of wearing tudung during competition though she is a Christian and belongs to the ethnic Murut community.

In a Facebook post on Aug. 7, Manuil said that she wears tudung as a form of her respect for Malay culture and heritage.

“Many are wondering why I wear hijab even though I'm a Christian,” she wrote. Martial art is the heritage of the Malays. As a non-Malay person, I really respect, admire and love silat. Although it is not mandatory to wear hijab, I prefer to wear it during competition.”

“Hijab is not only mandatory to cover up for Malay women but for me to look more polite, neat and civilized during the competition. Absolutely NO coercion from either side.”

Manuil said that she has been studying and practicing Malay heritage, so she felt compelled to “do what I learn.”

“May the questions regarding wearing this headscarf be answered,” she concluded.

Hundreds of netizens praised her for promoting culture and harmony, Says.com reported translating comments from users.

"Thank you for appreciating and showing respect. We should all exemplify this attitude, our country will live in peace and harmony," said another user.

"Thank you Merrywati for the honor that you give. Our culture in the Nusantara is all similar. You also look sweet in a tudung. Congratulations," another commented.

The 2022 World Pencak Silat Championship drew more than 500 participants from 40 countries including Indonesia, Thailand, the Philippines, Canada, Vietnam, and Malaysia

Malaysia is a Muslim-majority multi-ethnic and multi-religious country with more than 32 million citizens. About 60 percent of Malaysians are Muslims, 20 percent Buddhists and about 10 percent are Christians, according to 2018 government estimates.