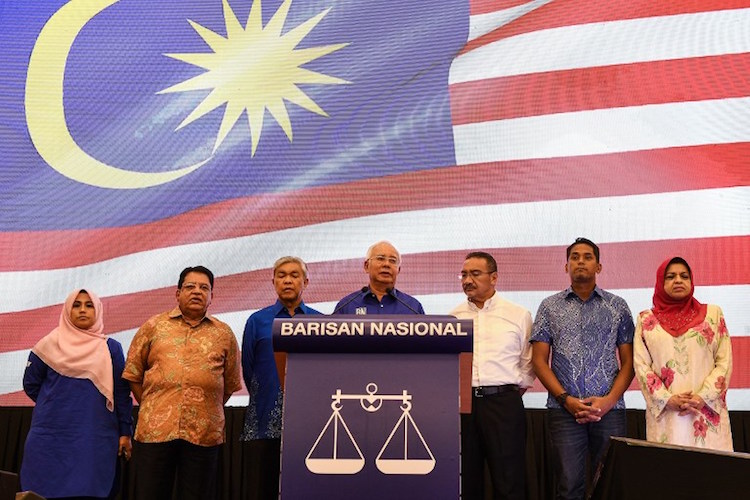 Against all odds, Malaysians have ended the six-decade long reign of the Barisan Nasional coalition government and booted scandal-tainted Prime Minister Najib Razak from office.

Large numbers of them, angered by rising prices and corruption scandals blotting the nation, came out in droves to cast their votes in the 14th general election on May 9.

This is the first time the Southeast Asian nation has witnessed a change of government at the federal level since independence from the British in 1957.

The stunning overthrow of the coalition government and the voting in of the Alliance of Hope or Pakatan Harapan, as it is known, led by 92-year-old former prime minister Mahathir Mohamad is all the more extraordinary because it came despite last-minute trickery to prevent what occurred.

For Najib it is a humiliating rout. He failed to understand Malaysians' anger and it all backfired on him.

It was best explained by a businessman two days before the election when he called to speak about the inadequate news coverage and what he saw as incorrect reading of the frustration people were feeling.

"This election is not about voting Harapan in or voting the BN out," said Gunney, 55, who requested not to use his full name.

"This election is about sending out the message that we the rakyat [people] are tired of corruption, racism, high cost of living and abuse of laws by VIPs and elected officials,” he said.

"This election is about people power to remove the current government and to remove future governments who do not serve the people.

"You hear GDP growth [is] 5 percent ... it does not mean anything when the people's income doesn't even rise and inflation goes up. These economic indexes don’t serve [us] well. We need a happy index which is better than a GDP index that fools the poor.

"People power is what we need to show the politicians on both sides of the divide that we mean business," he said.

Voters were angered indeed and queued at polling stations nationwide for hours to thwart the efforts by the BN and its functionaries to steal the election again.

The result is significant in that voters rejected scare mongering and race baiting and were not willing to compromise.

Early on May 10, Najib conceded defeat.

"It has been the choice of the people and the Barisan Nasional party is committed to respecting the principles of democracy," Najib said in a televised press conference.

"As one party gained a simple majority they will make a decision on who will be appointed as prime minister according to the constitution."

Mahathir was expected to be sworn in as the new prime minister later in the day.