Nur Sajat Kamaruzzaman, a 36-year-old transwoman from Malaysia, is reportedly seeking to claim asylum in Thailand for fear that her deportation to her homeland, where she is facing a charge of having insulted Islam, would lead to her imprisonment.

She was arrested by immigration officials in Bangkok on Sept. 8 at a condominium after a tip-off from Malaysian authorities who want her extradited, although her arrest did not become publicly known until earlier this week.

The transwoman, who is a popular social media personality in Malaysia, fled the conservative Muslim-majority nation earlier this year after she was charged with “insulting Islam” by having dressed as a woman for a religious event in 2018.

In Malaysia she is wanted by an Islamic law court, known as a Sharia court, which could sentence her to a maximum of three years in prison and a fine of 5,000 ringgit (US$1,200).

Malaysian authorities canceled Nur Sajat’s passport after she failed to show up for a court hearing in January.

In Thailand Nur Sajat, who runs an online cosmetics business, has been charged with immigration-related offenses, including illegal entry, and is now out on bail on condition that she report to immigration officials every two weeks.

She needs to be sent to a country that will offer rights protections, not persecuted for being #LGBT, which is what will happen if she is sent to Malaysia

Local police have yet to comment on reports of the Malaysian transwoman officially seeking asylum in the country, but the Bangkok office of the United Nations High Commissioner for Refugees (UNHCR) has confirmed that it has received an application from Nur Sajat to be classified as a refugee.

Nur Sajat, who has reportedly received death threats from her homeland, would like to move to Australia once her refugee application has been processed, according to a UNHCR official.

Prominent rights activists have called on Thailand’s government not to extradite the transwoman to Malaysia, where transgender people and members of the LGBTQ community face routine harassment and discrimination.

“She needs to be sent to a country that will offer rights protections, not persecuted for being #LGBT, which is what will happen if she is sent to Malaysia,” Phil Robertson, deputy Asia director of Human Rights Watch, said in a tweet. 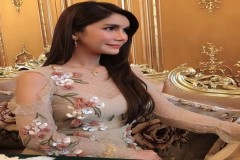 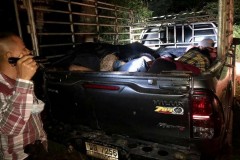 Numerous Thais have spoken up on social media in support of the transwoman, calling on authorities to assist her in being granted asylum. Others have argued that she has committed no crime. “Islamic courts should not be recognized in Thailand as they are not legal in genuine democracies,” one commenter noted.

Another echoed a similar sentiment. “The fact that a religious court has the judicial authority to place an international warrant on a person for being trans in the 21st century is absolutely abhorrent and nothing short of a violation of human rights,” a Thai man in Bangkok said.

However, some commenters have taken the side of Malaysian religious authorities, arguing that as a social media personality Nur Sajat, whose birth name is Muhammad Sajjad Kamaruz Zaman, acted in ways that Muslims might have found provocative.

“Zaman isn’t just seeking to escape prosecution for her gender identity. That much would be understandable and 100 percent defensible. The issue is that Zaman is a professional activist and social media provocateur and goes out of her way to seek the spotlight,” one commenter said.

“She very publicly announced her Islamic apostate status on social media. It’s one thing to leave Islam. It’s quite another to encourage others to do the same online.

“She also attempted to attend a mosque as a female and livestreamed it. This isn't just about someone attempting to live simply as a woman.”