Malaysian Home Minister Muhyiddin Yassin said his ministry had not received a full report from the six-member task force set up to probe the disappearance of Pastor Raymond Koh and a Muslim social activist. (Photo: Roslan Rahman/AFP)

Three years after a Christian pastor went missing in Malaysia, a government team has sought more time to submit its probe report as police remain unable to trace him.

Pastor Raymond Koh was last seen on Feb. 13, 2017, when the 63-year-old was driving on a highway near capital Kuala Lumpur. A CCTV clip that went viral shows a convoy of four black cars and two motorcycles forcing Koh’s car to stop. After a minute of hurried activities, the convoy drives off along with his car. Several people witnessed the daylight abduction on a public road. However, police are yet to trace the abducted man or his black SUV. They have also failed to say who abducted him.Malaysian Home Minister Muhyiddin Yassin said his ministry had not received a full report from the six-member task force set up to probe the disappearance of Pastor Koh and Amri Che Mat, a Muslim social activist.
Related News 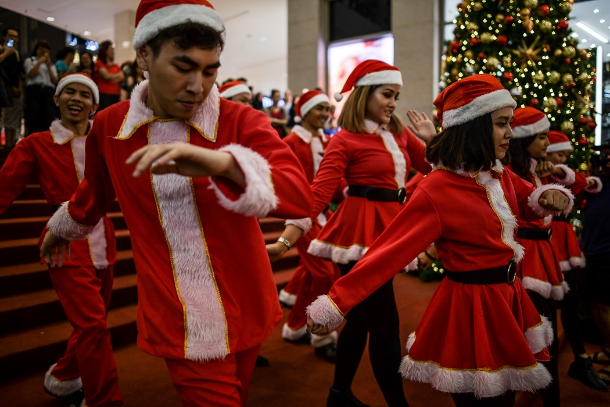 The special task force, headed by retired high court judge Abd Rahim Uda, has asked for more time, Yassin told media recently. The inquiry was announced in June 2019.“I hope the report can be ready in a month and submitted to the ministry,” Yassin said.

The inquiry was announced amid allegations and Human Rights Commission of Malaysia findings that the police’s Special Branch was involved in the disappearances of Koh and Amri, reported freemalaysiatoday.com.

In April last year, a commission inquiry concluded that the pastor and Amri were victims of "enforced disappearance by state agents," the Star Online reported.

Koh’s wife Susanna told freemalaysiatoday.com that she has no faith in the state probe team because it tends to support such abductions and enforced disappearances.

Since her husband's funeral has not been held so far, “every day is a funeral,” she told the website.

The rights commission, also called Suhakam, on Jan. 26 said it plans to hold a public inquiry into the 2016 disappearance of Pastor Joshua Hilmy and his wife Ruth Hilmy to help the investigation.

The commission asked “the authorities to fully and expeditiously investigate all cases where there is a reasonable suspicion that an enforced disappearance may have occurred.”

Its statement added: “Suhakam underlines that ready availability of information on issues of public concern is of vital importance in a democratic society with an avowed commitment to transparency.”

Malaysia’s Islamic authorities investigated the pastor’s organization in 2011 for attempting to convert Muslims in the Muslim-majority nation, where conversion remains a crime.

The allegations were dropped following the investigation but the pastor remained a target of fanatical Muslim groups, his family claimed.

Christians, who form less than 10 percent of Malaysia’s 31 million people, suffer persecution at the hands of its rigid pro-Islamic laws that create an atmosphere of religious intolerance, Christian leaders say.Open Doors USA, a non-profit organization aiding persecuted Christian worldwide, observes that every ethnic Malay is expected to be a Muslim.“Whoever deviates from this is viewed as going against not just the constitution but also against society at large, their family and their neighborhood,” Open Doors said.
Support our Catholic journalism with a contribution of any size
Your contribution will help the Catholic journalists and editors in UCA News to report news, features, commentaries, video stories and podcasts on issues affecting the lives of millions of Catholics around the world.
Here is a gift of two valuable books as a token of appreciation to you.
Check your mailbox for links to these PDF/e-Books.