Detained foreign workers sit in a field following a raid by Malaysian immigration officers at a construction site in Port Dickson, south of capital Kuala Lumpur, in 2017. (Photo: Manan Vatsyayana/AFP)

Labor laws ensuring rights for millions of legal and illegal migrant workers in Malaysia are undergoing a radical overhaul and are expected to be enacted within the first half of next year, a senior advocate and negotiator said.

“They have been operating almost completely outside the purview of what were very bad labor laws," he said. “If even a modicum of what trade unions put forward is enacted into law, this is a huge game-changer.”

In a workforce of more than 15 million people, Welsh said, about six million are migrant workers — mainly from Indonesia, Cambodia and Bangladesh — half are illegal and of them only about 1.8 million are documented.

All have little legal recourse for wrongful dismissal, paltry pay and conditions or hours worked. Domestic helpers live in-house and work seven days a week. “The conditions there are appalling,” Welsh said.

Among them are an estimated 212,000, of about 40 million people worldwide, trapped in slavery, according to the Global Slavery Index by human rights group Walk Free Foundation.

Malaysia also ranked low on the US State Department’s 2019 Trafficking in Persons report. A fall into the bottom tier can result in sanctions.

Malaysia has nine industrial relations laws, which are being rewritten, dating back to the 1950s that grant the government broad powers to disband unions and limit collective bargaining. There has not been a strike in Malaysia for 15 years.

The government is also consulting the Malaysian Trade Union Congress and International Labour Organisation (ILO) on the new laws, and Welsh said Malaysia stood out in the region.

He said most Southeast Asia countries are compliant with ILO norms but the problem is that they are not applied, unlike Malaysia where industrial laws do little to protect employees and are harshly enforced. 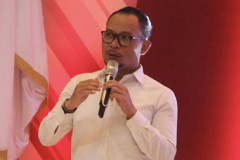 Malaysia asks Jakarta not to suspend flow of workers Undocumented migrant worker in Malaysia wins right to be heard

“Their laws have been very transparent and completely, deliberately, almost proudly out of whack with any international labor law norms, and applied vigorously,” Welsh said.

But that began to change with US insistence that Malaysia amend its outdated labor laws as a prerequisite to trade negotiations. It was also picked up on in a wave of reforms instituted after veteran politician Mahathir Mohamad was elected prime minister more than a year ago.

Since then Malaysia has announced amendments to laws governing capital punishment, is pushing for an end to executions and has signed up to the International Criminal Court.

“In Malaysia, this is very much against the current of what’s going on at the moment — the fact that change is afoot is very hopeful,” Welsh said.

“Certainly, within the region there is nothing comparable going on. The job of the minister of labor in various countries … is to make sure trade unions are kept under control and throughout the region they’ve been doing a very good job at that — well, at least trying to.”