Prejudice and cultural intolerance spreads to the country's identity 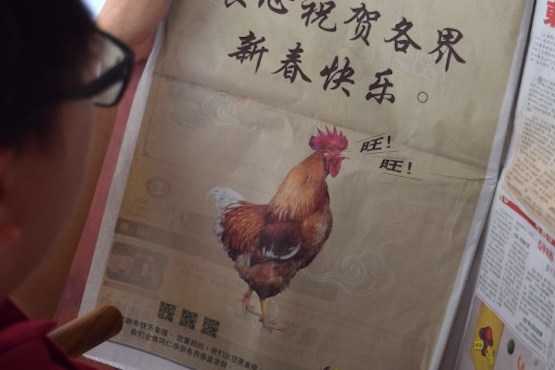 A man looks at a Lunar New Year advertisement in Kuala Lumpur showing a rooster barking like a dog. Malaysia has apologised after the government ad — printed in Chinese-language newspapers — sparked a flood of mockery. (Photo by Samuel Reeves/AFP)

Malaysia has no shortage of problems to iron out. There's a financial scandal that has shocked the world hanging over the government. Unemployment is climbing and the cost of living has ballooned. Its clout as an Asian tiger economy has evaporated.

But what were they talking about in the run up to the Lunar New Year or Chinese New Year on Feb. 16? According to the Chinese Zodiac calendar, the Year of the Dog takes over from the previous Year of the Rooster.

The government's decision to take out a full-page advertisement featuring a barking rooster to mark the occasion put the simmering culture wars back at the heart of Malaysia's identity crisis.

The official attempt to play down canine symbols, to appease some Malaysian Muslims who view dogs as unclean animals, was met with derision. The ministry, which ran the advert, quickly apologised for the "technical error." It fooled few.

Earlier media reports noted that Malaysian businesses were avoiding using any symbols of the dog in their premises to avoid offending the Muslim majority. The ministry's ill-advised attempt to satisfy all — even if it made no sense — only encapsulated the discord in the multi-ethnic nation.

The cultural quagmire the government found itself in is also a sign of the reshaping of the political landscape. Ethnic Chinese make up about a quarter of the country's population. They, together with moderate Malaysians, are dismayed by Malaysia's descent into a prejudiced, narrow-minded society.

If there is anyone to blame for the fracturing of Malaysian society it is perhaps Prime Minister Najib Razak. His administration has allowed intolerance to gain strength through divisive government policies and by staying silent on social issues.

Najib, when he came to power in 2009, indicated he was all for reform. He was cautiously welcomed. Malaysians were eager for change following years of near dictatorial rule by Dr Mahathir Mohamad, the prime minister from 1981 to 2003.

Alarmingly however, they saw instead the growing influence of Islamic hardliners as the political fortunes of the Najib-led Barisan National alliance government suffered a series of setbacks.

The past few years has seen Malaysia drift toward an increasingly conservative Islam reflective of Saudi Arabia. The current prime minister often boasts about the close ties his administration has with that country.

Last year Muslim hardliners criticized a gold-medal winning gymnast’s attire, called for a ban on a beer festival, and derided calls by liberals for social justice and women’s rights.

In September, news broke of a laundromat service that was only opened to Muslims. After a backlash, the owner of the business said he was merely being a good Muslim by providing a service untainted by non-Muslims. The business owner apologized and removed the ‘Muslims only’ sign from his shop after being rebuked by the Sultan of Johor, but not without gaining some support from some who saw some justification for his business.

Silence over racially divisive policies have nurtured intolerance. The lessons of the 1980s, when radical Indonesian preachers Abu Bakar Bashir and Hambali set up extremist networks in Malaysia, have not been learned. Today, the government welcomes Zakir Naik, a preacher banned in the UK and India for promoting intolerance, for talks in Malaysia, while it arrests moderates such as Turkish writer Mustafa Akyol.

Some Malaysians have again played down the significance of the Chinese New Year advert cock-up. But, if anything, the incident has shown that Malaysia is continuing down a less tolerant, more conservative path, unfriendly to unbelievers and suspicious of everyone not conforming to a fundamentalist way of life.

Mariam Mokhtar, a Malaysian columnist, writing about the issue said: "The glaring mistakes over the CNY greeting, when images of dogs are omitted, cannot be blamed on Islamic fundamentalism. They occurred because of sheer incompetence. We take no pride in our work. We do not value proofreading. We do not check our facts before making them available for public consumption.

"Religious sensitivities, like Islam viewing dogs as unclean animals, have nothing to do with the mistakes made in the CNY messages we have seen over the last few weeks. The cock-ups boil down to incompetence and the pervasive monoculturalism of our public institutions.

"In the Malay dominated government workplace, there are no Chinese, or very few of them, who can be called upon, to offer simple advice on cultural norms. We lack racial integration.

"The all-Malay culture and poor work ethic, combined with sheer incompetence, stupidity, ignorance and irresponsibility, have all contributed to giving a dog a bad name in the government workplace," she wrote.

Intolerance has grown in Malaysia because the government, through its Muslims-first policies, has allowed its majority Muslim population to believe they have the right to discriminate against others. This problem will remain as Malaysian society struggles with the basic symmetry of tolerance.

Perhaps, as some argue, the recent brouhaha over the advert and other slights against the non-Muslim communities in the country can be put down to sheer incompetence. However it would be a mistake to it brush off as such. Malaysia, whether it accepts it or not, is in the midst of culture wars instigated by the government’s divisive policies. To see it as anything else is naive. 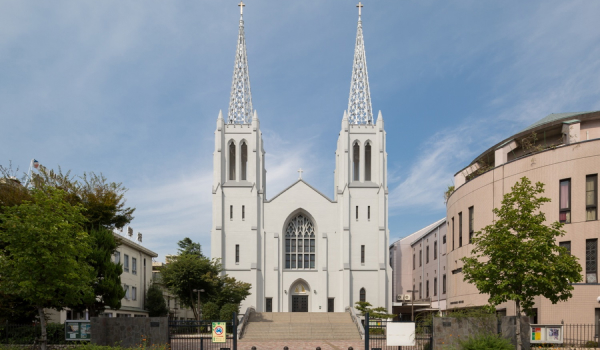