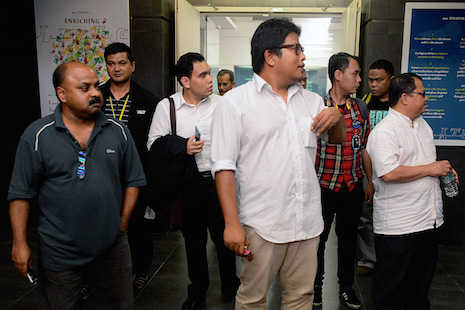 By The Malaysian Insider

Police have arrested The Edge publisher Ho Kay Tat and The Malaysian Insider chief executive Jahabar Sadiq under the Sedition Act over the news portal's report on Islamic criminal laws, or hudud.

Both were arrested this morning when they turned up at the Dang Wangi police station for their statements to be taken. Police said they would apply for a remand order for the duo and three other Malaysian Insider editors arrested last night.

"These arrests appear to go beyond just our reportage about one hudud article," Jahabar said before he was arrested.

"The Malaysian Insider will continue to report without fear or favor despite these arrests. It is business as usual," he added.

Lawyer Syahredzan Johan said the detentions of Ho and Jahabar were also under the same laws used to arrest the three other editors — Section 233 of the Communications and Multimedia Act and Section 4 of the Sedition Act.

This brings the number of arrests of media personnel to five from the The Edge Media Group: four editors and one director.

Syahredzan was engaged yesterday to represent Morais, Amin and Zulkifli.

Morais is the portal's managing editor, Amin its Bahasa section editor and Zulkifli the features and analysis editor.

They were arrested at The Edge Media Group's offices in Mutiara Damansara yesterday evening.

Police are seeking to remand the three detained yesterday. The remand hearing will be held this morning.

The five arrests are over a report published on The Malaysian Insider on March 25 which said the Conference of Rulers had rejected a proposal to amend a federal law that would pave the way for hudud to be enforced in Kelantan.

The article said that the proposal to amend the law was in a report by the joint Hudud Technical Committee, which comprised the Kelantan state religious officials and those from the federal government. The joint committee had prepared the report on the proposed amendments for the rulers to consider at their meeting on March 11, but it did not go through.

The Keeper of the Rulers' Seal lodged a police report on March 26 to deny that the Conference of Rulers had discussed the matter, adding that it had never issued any statement on hudud in Kelantan.

The Edge and The Malaysian Insider have also been reporting on problems with the government-owned strategic investment fund, 1Malaysia Development Bhd (1MDB).

Used with permission of The Malaysian Insider. 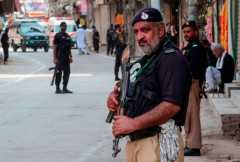