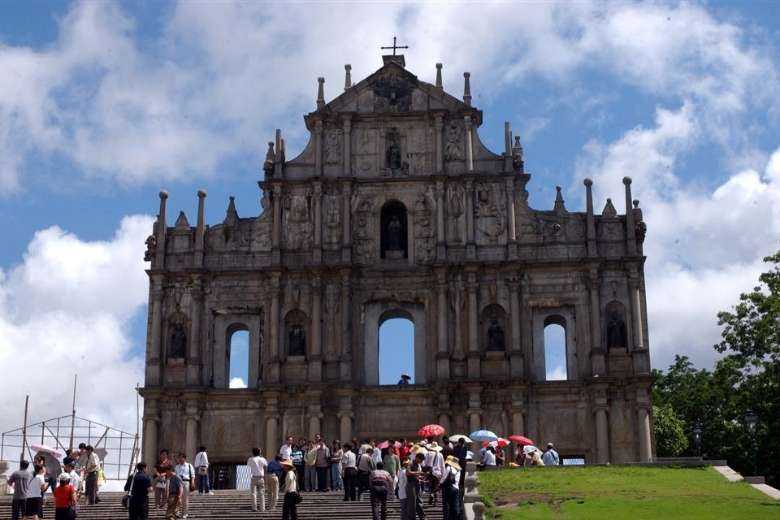 The Cultural Affairs Bureau of Macau is using 3D technology to reconstruct the city’s iconic Ruins of St. Paul’s for guided virtual tours for visitors.

The objective of the project is to launch “immersive visits” to the famed remnants of the 16th-century, Portuguese-era Catholic site by using virtual reality glasses and other digital equipment, an official told Portuguese news agency Lusa.

Following the 3D reconstruction, residents and tourists will be able to enjoy guided tours in the Portuguese, English, Cantonese and Mandarin Chinese languages after a period of testing and adjustment.

The bureau said it has been collaborating with the Catholic Diocese of Macau to research and collect historical data for the virtual reality exhibition.

Future virtual reality visits will “show the unique history and culture of the fusion of Chinese and Western cultures in Macau over hundreds of years” and improve the city’s image as a destination for cultural tourism, the bureau said.

During Portuguese colonial rule, Jesuits built a Catholic religious complex at Santo Antonio in Macau. It housed the Church of St. Paul and St. Paul’s College, the first Western college in East Asia, in the second half of the 16th century.

Macau authorities designated several Portuguese-era buildings and monuments including the Ruins of St. Paul’s as the Historic Center of Macau.

The complex was destroyed in a massive fire in 1835. The remains of the church’s granite facade and staircase and archeological remnants of St. Paul’s College still exist today.

Macau authorities designated several Portuguese-era buildings and monuments including the Ruins of St. Paul’s as the Historic Center of Macau.

On Feb. 4, Cultural Affairs Bureau president Leong Wai Man presided over a ceremony to kick off digital reconstruction of the Ruins of St. Paul’s. He promised utmost sincerity in “the safeguarding and management" of the Historic Center of Macau.

Macau is a special administrative region of China, which maintains separate governing and economic systems under the “one country, two systems” framework. It was a Portuguese colony for five centuries until it was handed over to China in 1999.

For centuries Macau was the gateway for foreign missioners and traders entering mainland China.

Created in 1576, Macau Diocese was the first Catholic diocese in the Far East. It covered a vast territory from Japan to Southeast Asia. More than 100 dioceses have been split from it since then.

Today Macau Diocese covers 29.2 square kilometers of Macau island, known as the gambling and gaming hub of Asia with an estimated population of 700,000.