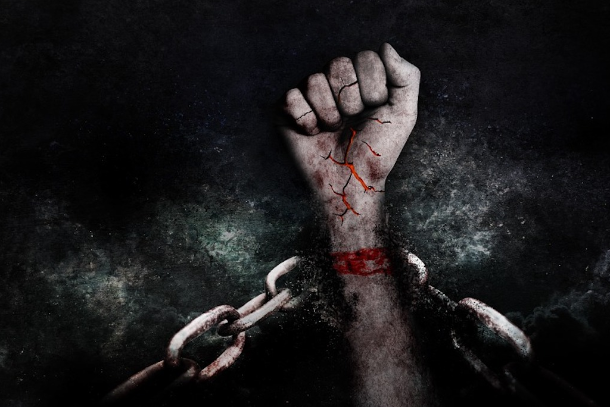 My country, Britain, has in the past few weeks taken some slow, tentative steps to emerge from a coronavirus lockdown that has lasted almost four months.

From mid-March until early-July, we have been confined to our homes. Only “key workers” — those essential for keeping our frontline public services and food shops going — were permitted to be out and about. Offices, restaurants, pubs, cafes, “non-essential” shops, theatres, cinemas, concert halls, gymnasiums and swimming pools were all closed. Those of us not required on the frontlines of the fight against Covid-19 were told we could venture out of our homes only once a day, for brief exercise and to shops for essential food supplies, “as infrequently as possible.” It was the biggest restriction of the freedoms we take for granted in my lifetime, and indeed since the Second World War — and it has come at a massive cost to jobs and the economy.

As we rediscover and begin to exercise again the liberties we regard as normal, we do so with some trepidation. We wear face masks on public transport, we wash our hands frequently and manically, and we keep several meters apart — or at least we should. We no longer hug or shake hands, but rather make a simple Asian-style bow or an elbow bump. Life has changed.

For a country that values liberty the way we do, 2020 has been one of the most extraordinary ever.

And yet by and large, we Brits have gone along with it. Why? Primarily because, whatever our respective political views, we know that the lockdown was ordered on scientific advice, in the interests of public health, by a democratically elected government, with the support of an elected legislature, for a temporary period, by a socially liberal prime minister who absolutely did not want to do it but knew that he had to in order to save lives and prevent our health service from being overwhelmed.

Most of us understood that. Furthermore, we knew that the lockdown had absolutely nothing whatsoever to do with restricting the most essential of our liberties, our freedom of conscience. Although we could not go to places of worship as people of faith, we could go online to Mass or other forms of worship. We could tap into online spiritual inspiration. We could meet with our friends online, to pray and talk and support each other. Nothing intruded into our essential freedom of thought, conscience and religion or belief beyond a temporary suspension of public gatherings for worship. No one denied us access to the Bible, the Quran or other holy books.

We were locked down, not locked up.

But I hope that this experience will have given people in the free world a chance to empathize more with those who are imprisoned for their beliefs — whether religious or political — and to do more to campaign for their release.

For although there is a vast difference between being in lockdown for public health reasons, on a temporary basis by a government that answers to the people, and being locked up for one’s thoughts and beliefs by an unaccountable regime or a system bullied by a mob fired by ideology, there is to some degree a shared loss of freedom that might just make the former empathize with the latter.

For at least 25 years I have campaigned for those imprisoned for their beliefs.

In early 2000, I had the privilege of visiting East Timor (Timor-Leste) for the first time. I met Gregorio da Cunha Saldanha and Francisco Miranda Branco, two men I had campaigned for while they were in jail. I visited the prison where they had been detained, Gregorio on a life sentence, Fransisco jailed for 15 years. Both men subsequently became members of parliament in an independent East Timor, which I visited many more times subsequently. Gregorio told me how a mobile telephone was smuggled to him and how he secretly gave interviews with foreign radio stations when the guards were asleep, which gave a whole new meaning to the term “cell phone.”

For many years I campaigned for the freedom of Myanmar’s political prisoners. I protested for the release from house arrest of Aung San Suu Kyi, year after year, and for U Win Tin and others. In more recent years the imprisonment of courageous Reuters journalists Wa Lone and Kyaw Soe Oo, and the Kachin Christians Dumdaw Nawng Lat and Langjaw Gam Seng, and others have been uppermost in my thoughts, prayers and advocacy.

In Indonesia, I twice visited Alexander Aaan, who was jailed not for his religious beliefs but because he did not have any. Alex had declared himself an atheist and was jailed as a result. I flew to West Sumatra to visit him and campaigned for his release. The first time I met him he seemed perplexed when I told him I was a Christian and even more confused when I recommended the works of Christopher Hitchens. Despite our different views of religion, we forged a friendship based on the value of human freedom.

When Jakarta’s governor Basuki Tjahaja Purnama, or Ahok, was jailed on absurd charges of blasphemy, I threw myself into campaigning for his freedom. I did the same for Meiliana, a Buddhist woman jailed for 18 months under the same unjust law.

In Pakistan, I’ve fought for years against the country’s outrageous blasphemy laws — encapsulated by the case of Asia Bibi, for whom my close friend Shahbaz Bhatti gave his life.

Most of these are past cases, the people concerned now released. But today, I think of those who remain locked up.

My friend Edward Leung, in Hong Kong, for a start. The last time I saw Edward, a bright, charming young man, we sat drinking cider by the River Thames in London contemplating the meaning of life. Now he is serving six years in jail.

Or Pastor Wang Yi, a Chinese Christian jailed for nine years for subversion simply for declaring that Xi Jinping is not God.

Abducted bookseller Gui Minhai, jailed for 10 years, whose daughter Angela is my friend; Taiwanese activist Lee Ming-che, whose wife I know; disappeared lawyer Gao Zhisheng, whose daughter I have met.

I think too of the thousands of Hong Kong protesters facing jail, and my friends Martin Lee, Jimmy Lai, Margaret Ng and others, arrested in April and awaiting trial. And Joshua Wong and his colleagues. And the courageous Cardinal Joseph Zen. Some of the brightest, bravest, most distinguished people who could at any moment be put behind bars under Beijing’s new draconian security law.

And the one million or more Uyghurs in prison camps in Xinjiang. And the 200,000 or more in prison camps in North Korea. Plus the thousands of Rohingya, Kachin, Shan and other refugees and internally displaced people in Myanmar and on its borders.

I have been in lockdown, but that’s nothing like those who are locked up. But now I am locked out.

Combined with that, I have twice been deported from Myanmar by the country’s military regime, and although I have traveled there during the reform period, I have been unable to visit in the past three years. My last visit coincided with the pope’s in 2017. My adventures in Myanmar have largely been told in my book Burma: A Nation at the Crossroads.

Being in lockdown is not the same as being locked up. And being locked out is a small price to pay compared with the incarceration many risk. Nevertheless, the human spirit holds us together and whether we are locked down, locked up or locked out, each experience renews our determination to fight for human freedom so that every human being can be free to explore their soul, their mind, their conscience and the world, without restriction. For those of us who are emerging from lockdown, let us redouble our efforts to campaign for those locked up — even if, in doing so, we find ourselves locked out.

Benedict Rogers is a writer and human rights activist. He is the East Asia team leader at international human rights organization CSW, co-founder and chair of Hong Kong Watch, co-founder and deputy chair of the Conservative Party Human Rights Commission, and a member of the advisory group of the Inter-Parliamentary Alliance on China. He is also the author of six books. The views expressed in this article are those of the author and do not necessarily reflect the official editorial position of UCA News.