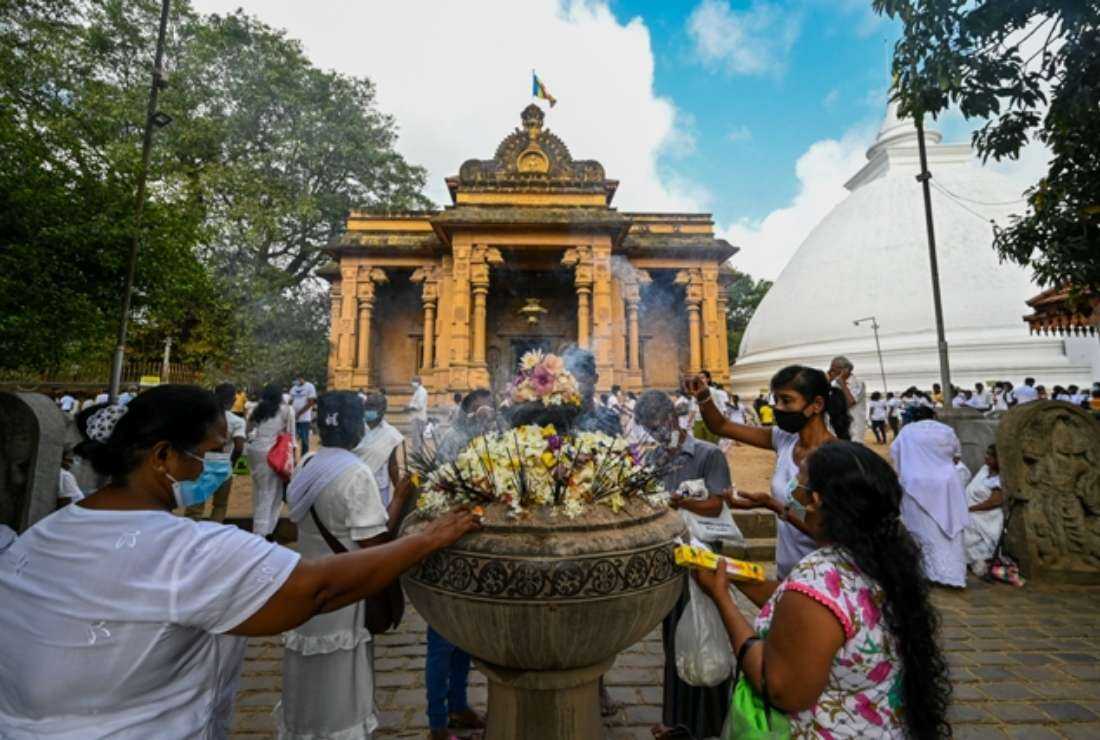 Buddhist devotees offer prayers during Poya a religious festival to mark the full moon, at Kelaniya Temple in Colombo on Sept. 10. (Photo: AFP)

Buddhist monks in Sri Lanka have decided to turn off lights at temples across the country on Oct. 9, an important Buddhist feast day, to protest the steep electricity tariff hike.

The council of Buddhist monks has decided to keep temples across the island nation without lights on Vap Poya, celebrated on the full moon day of Vap, the seventh month of the Sinhalese calendar.

Ven. Galaha Sirisantha Thera, a monk leader, said their decision aims to protest the unreasonable 500 percent increase in electricity tariff imposed by the Ministry of Energy and the government's decision to cut subsidies to religious places.

The traffic hike has “increased the electricity bills in religious places by five to six times. The monks have a strong suspicion that this is a conspiracy to keep temples in the dark," Ven. Sirisantha Thera said on Sept. 19.

Buddhist monks joined street demonstrations with the faithful as the National Bhikku Front organized a public petition on the day.

"Increasing the electricity charges for religious places like temples and churches has thrown them into darkness and the burden of the electricity bills has been imposed on the people," Ven. Handugala Rathana Thera, general secretary of the National Bhikku Front, said.

He said that people will have to embrace death itself due to the steep electricity bills.

Religious places depend mainly on donations from devotees. Sometimes they rent their buildings and land, but there is no stable and adequate income for most religious places.

Some temples and churches have already stopped evening services. Religious places in villages are without a sufficient source of income now.

"It has become problematic to maintain the temples and public places of worship maintained by the people in a situation where most people are unable to make ends meet due to electricity bills that have increased by two or three times," said Kumara.

Power and Energy Minister Kanchana Wijesekera said that if solar panels are installed, the electricity bill for religious places will not be a problem.

"The electricity bill has been increased because the energy needs to be managed due to the economic crisis that has arisen," said Wijesekera.

Meanwhile, according to the World Bank’s latest report on food inflation, Sri Lanka ranks fourth among the countries with the highest food inflation, behind Zimbabwe, Lebanon and Venezuela.