Catholic women want to help but why won't the pope let them? 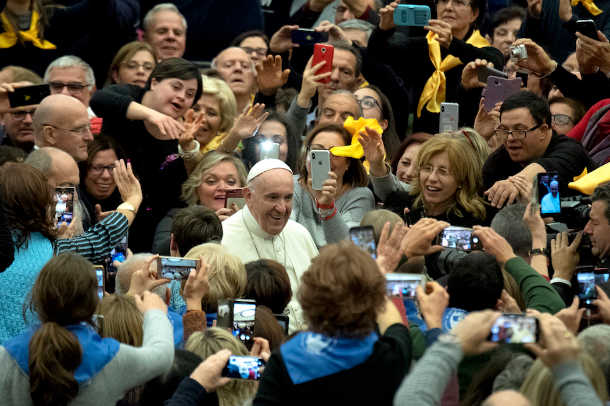 Pope Francis waves as he arrives for the audience with members of the Molfetta and Ugento dioceses in Paul VI hall at the Vatican on Dec. 1. (Photo by Tiziana Fabi/AFP)

Many reform-minded Catholics, including this writer, believe the election of Pope Francis has been a kairos for the Catholic Church — a propitious moment of grace, renewal and the beginning of much needed reform.

In just a little less than six years he — the first Jesuit, the first person from the Americas, and the first "Francis" to ever be Bishop of Rome — has completely changed the image and mentality of the worldwide Catholic community and has begun to liberate it from the clericalist stagnation that has been draining the life out of it these past few decades.

There is a long list of changes this pope has brought about, and they have been duly noted and applauded in this forum since his election in 2013.

But there are two areas where Francis has not been very promising. In fact, his actions (or lack thereof) have been downright disappointing; some would even say disastrous.

Those areas are sex abuse and the role of women in the church and society. And in the past several days these issues converged in the pope's own backyard in two distinct events.