There is an elephant in the sacristy no one is talking about, at least not in a healthy way 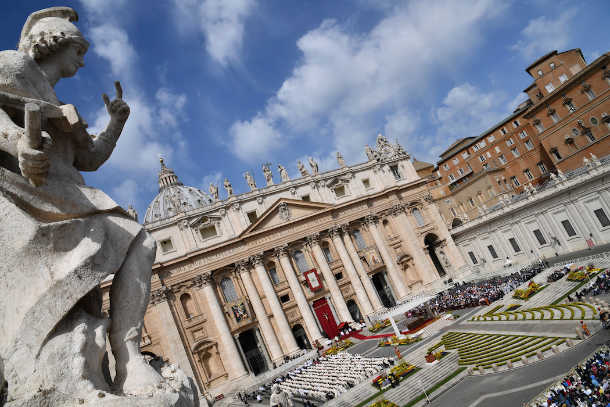 A general view shows St. Peter's basilica during Mass on the second Sunday of Easter on April 8. (Photo by Alberto Pizzoli/AFP)

Just three days before the 2013 conclave began I wrote a few brief words about Scottish Cardinal Keith Patrick O'Brien's decision not to attend the papal election.

A few weeks earlier he had been accused of having forced a number of seminarians and young priests into having sex (one that turned into a relationship) in the 1980s.

O'Brien, who died this past March, immediately resigned as Archbishop of St. Andrews and Edinburgh even though he was still months shy of his 75th birthday. He also announced, obviously under the Vatican pressure, that he would not attend the conclave.

"I do not wish media attention in Rome to be focused on me — but rather on Pope Benedict XVI and on his successor," the cardinal said.

I thought then — and articulated the reasons why a couple years later — that O'Brien should have participated in the conclave.

"Only a naif could believe that he is the only man among the electors who has broken his solemn promise to remain celibate," I wrote in the March 9, 2013 edition of The Tablet. "There are likely others. And even those who've done worse," I warned.

Like so many other people I heard the stories about another cardinal, Theodore McCarrick from Washington, who was notorious for taking seminarians to a Jersey Shore beach house where he routinely chose a different one of them to share his bed.