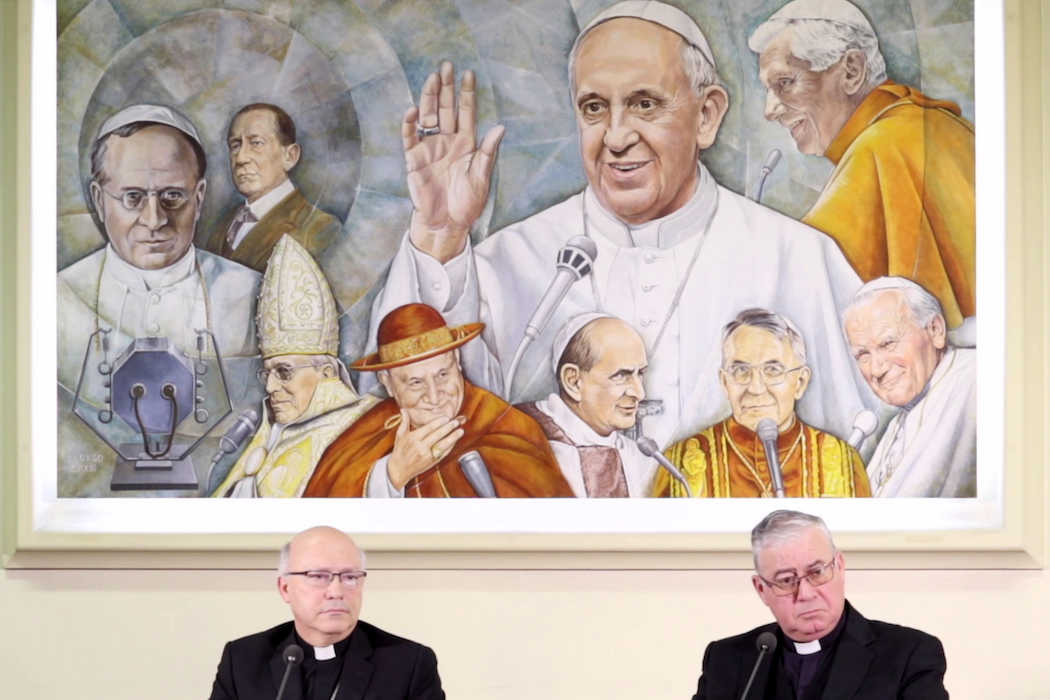 In this video grab members of Chile's bishops conference Bishop Luis Fernando Ramos Perez (left) and Bishop Juan Ignacio Gonzalez give a press conference on May 14 in Vatican. The Chile sex abuse scandal has rocked the Catholic Church. (Photo by Luca Prizia/AFP)

The deeply disturbing scandal of clergy sex abuse in Chile and its cover-up by church leaders in the country continues to go from bad to worse.

After a Vatican-led investigation in February, which prompted Pope Francis to call an emergency summit in Rome of the entire Chilean hierarchy, there has been a seemingly non-stop flow of newly revealed cases of sexual crimes against young people.

First, there was a news report of an organized pedophilia (or at least ephebophilia) ring in a diocese north of the capital Santiago where priests have been involved in exchanging pornographic images of minors and information on how to sexually engage with these adolescents.

Now, there are those in the South American country who claim that this abuse cartel is not limited to one diocese, but involves several other dioceses.

Then last Thursday the Archdiocese of Santiago publicly admitted that its chancellor, Father Oscar Munoz Toledo, turned himself in to church authorities last January for sexually abusing youths.

What makes this case even more dramatic is the fact that the 56-year-old priest was in charge of handling clergy sex abuse complaints in Santiago — including those against the serial predator Fernando Karadima, who has been the central figure in Chile's abuse crisis.