Pope Francis has named a new group of 28 members to the International Theological Commission, including five women Pope Francis meets with women from a delegation of the United Arab Emirates during his weekly general audience at St. Peter's Square in the Vatican on Nov. 27, 2019. (Photo: AFP)

Pope Francis gets a lot of good press for (supposedly) advancing the role of women in the Catholic Church, an institution that invests men alone with the authority to confer the sacraments and make the most important decisions. But is praise for the pope in this area really justified?

Francis recently named 28 members to a new five-year term on the International Theological Commission (ITC). Only five of the new members are women.

Granted, being a member of the commission is nothing like having a top position in the Roman Curia. Nonetheless, Paul VI created the ITC in the wake of the Second Vatican Council (1962-65) to ensure that world-class theologians would continue to have an influence in Rome.

The most disappointing thing about the people that Francis has just selected for the 2021-26 term is not so much that few would be considered world-class theologians. The real misfortune is that roughly 79 percent of them are priests. 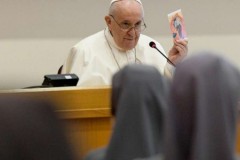 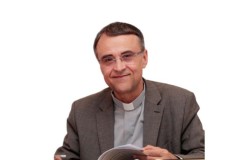