It finally happened. Pope Francis on Oct. 25 announced that he's decided to hold another ordinary consistory to create new cardinals.

Francis named 13 men who will get the prestigious red hat. Nine of them, including an Italian Franciscan who is not yet a bishop, are eligible to vote in a conclave. The other four are already 80 or older and cannot participate in the election of the next pope.

These men will formally become cardinals at a Vatican ceremony scheduled for Nov. 28 and Francis is likely to celebrate Mass with them the next day, the First Sunday of Advent.

Among the interesting choices were Archbishop Jose Fuerte Advincula, 68, of the Philippines and Bishop Cornelius Sim, 69, of Brunei. It's possible that the pope could move Archbishop Advincula from the Filipino "seafood capital" to the country's most important city and real capital, Manila. 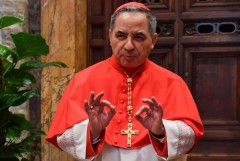 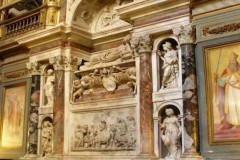